JASA was criticized as being BN’s propaganda machinery before it was dissolved by PH. 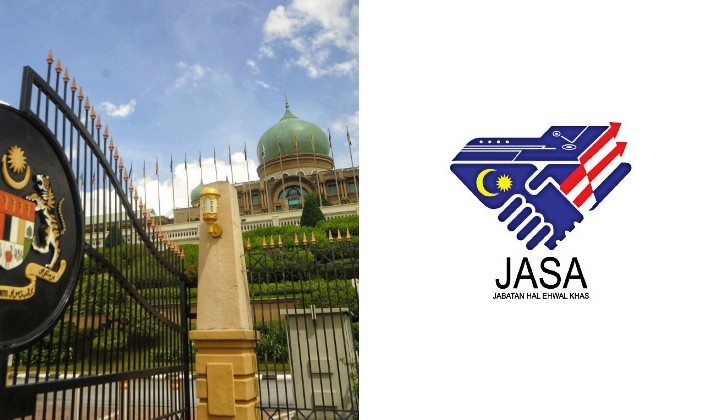 Malaysian’s have been sifting through the contents of Budget 2021 tabled by the Federal Government in Parliament on November 6, 2020, with a fine-tooth comb.

Netizens were particularly critical over the allocation of RMM85.5 million to the revival of the Special Affairs Department (JASA) under the Communications and Multimedia Ministry (MCMC) – a unit that was previously dissolved in 2018.

Wow 1k+ new cases in Sabah yesterday. Is KKM still doing that fundraising? At the same time they were able to spare 81 million budget for JASA. I can only laugh but quietly seethe in rage about the absurdity of all this.

But we can’t be distracted by one small point, when #Budget2021 could undermine 🇲🇾’s health service.

To put things to perspective, RM81mil for JASA is higher than:

TRP takes a quick look at the history of JASA and its purposes;

JASA or the Jabatan Hal Ehwal Khas was a government agency operating under the wing of MCMC and served as the government’s arm to disseminate information to the public.

The department was established back in 1959 as the Badan Hal Ehwal Khas (BHEK) and has gone through several transformations throughout the years.

JASA predominately functions to broadcast government plans and policies or initiatives and programs to the general public.

Ever notice how each Malaysian Prime Minister had their own agenda to develop the nation such as Tun Dr Mahathir Mohamad’s “Wawasan 2020” vision and Datuk Seri Najib Razak’s “1Malaysia” slogan?

Well, the work done to promote those campaigns was done by JASA and its predecessors.

However, the department was effectively shut down in 2018 by the Pakatan Harapan administration after the agency was seen as nothing more than a propaganda tool for the previous Barisan Nasional (BN) government that ruled the nation for the past 6 decades.

The agency was criticised for allegedly orchestrating political campaigns for BN and attacks against the Opposition.

When the agency was dissolved, Dr Mahathir was quoted as saying that the department was created to serve political interests.

The department was also considered by the previous PH administration as an impractical waste of public funds with expenditures amounting to RM74 million in 2014, RM22.9 million in 2017 and RM30 million in 2018.

READ MORE: Just How Much Do Malaysian Parliamentarians Get Paid?

In fact, JASA’s former Director-General Datuk Puad Zarkashi became the highlight of controversy when questions came to why he was paid a salary of RM20,592 per-month during his time in office, a figure higher than what we pay our Cabinet ministers.