Malaysia’s education spending was the country’s largest expenditure in 2019. 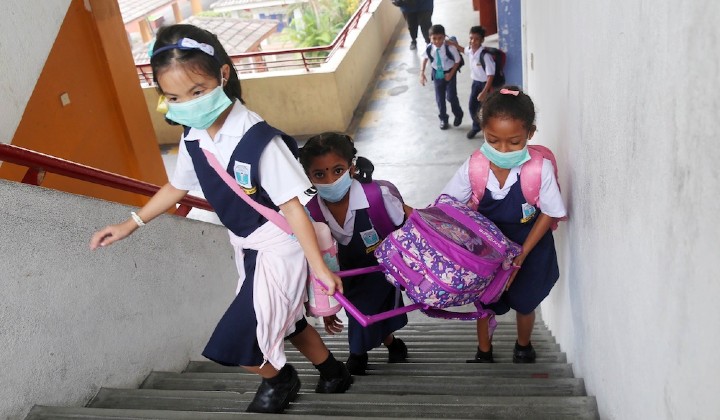 Lamenting his experience in office, Maszlee revealed that there are over 1 million Malaysian born children who are not in school.

On a rather cryptic statement made on social media, Maszlee explains that while the country continues to bicker about the state of the education system, there are layers of issues that are yet to be addressed involving the rate of childhood poverty and the number of inadequate education facilities across the nation.

He revealed that there are 2.7 million children from poor Malaysian families who don’t have enough money for school spending and that there are still hundreds of schools across the country that are in deplorable conditions.

These are layers of problems that are related to bigger issues of poverty, social issues, family issues and financial problems that swell up like cancer in our schools today.

Maszlee also shares his concern about the Covid-19 pandemic and its impact on the future of our nation.

When all of us are worried about the economic slowdown which has fallen to a deficit, this is also when the education of our children is compromised, intentionally or otherwise… We all know and realise that education is the pillar of nation-building. Ruin education, ruin the future, ruin the country.

In 2019, Malaysia spent RM60.2 million or 19.1% of our national budget on education, making it the largest share of government expenditure that year.

The financial allocation made to the national education’s program is said to be on par with the spending made by developed countries such as Germany and Finland.

Data from the Department of Statistics (DOSM) showed that there were 9.3 million children under the age of 18 in Malaysia as of 2019.

Records from the Education Ministry (MOE) showed a total of 4,734,257 million students being enrolled into public pre, primary and secondary schools across the country that same year.

MOE data as of 2019 also show that there are a total 633 primary and secondary schools categorised as “daif” or in a deplorable state as well as more than 480,000 pupils receiving aid via the government Supplemental Food Plan (RMT) in 2018.

Meanwhile, reports from the United Nations Children’s Fund (UNICEF) in 2017 indicated that there are 51% of children between the ages of 5 and 6-years-old as well as 2% between the ages of 7 and 17-years-old, from low-income families in Kuala Lumpur alone, who were not enrolled in school.

Another UNICEF study from 2017 also revealed that 1 in 6 children on the pre-school level in the state of Sabah are not receiving formal education due to them being considered stateless or undocumented individuals.