A heated moment led to the loss of a life. 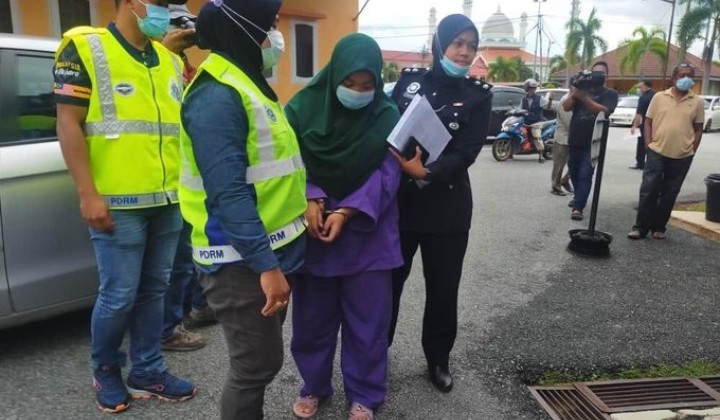 A 19-year-old was found murdered at her home in Telemong, Terengganu yesterday. Siti Nur Surya was stabbed to death in her own living room with her left hand severed.

The body was found by the victim’s 15-year-old younger sister who had returned home from school.

The suspect, a 19-year-old schoolmate of the victim, was brought in for questioning. She was originally brought into the police station to testify, but it raised further suspicion from the police.

She was arrested based on evidence at the crime scene and a CCTV footage near Surya’s home.

According to Hulu Terengganu district police chief DSP Mohd Adli Mat Daud, the argument turned into a fatal struggle. It is believed that Surya’s schoolmate picked up a knife left in the living room and used it to injure the victim.

The suspect herself also sustained minor injuries, including bite marks on the arm and body.

Upon arresting the suspect, police also found a few of the victims’ belongings in possession of the suspect, including a mobile phone, cash, and makeup.

The suspect had stolen hundreds of ringgit in cash, 2 handbags, and 2 mobile phones to fake a robbery at the home.

A knife, suspected to be the one used in the crime, was also found.

The suspect had been schoolmates with Surya from Form One to Form Five.

According to Harian Metro, the victim’s brother said that the victim’s bedridden mother who has brain cancer could only watch helplessly as her daughter was murdered in front of her. Her cancer, which she has battled for two years, rendered her unable to speak normally and call out for help.

The suspect will be further investigated according to Section 302 of the Penal Code for murder.