The plaintiff believes that the Agong declining to act on the advice of the PM is inconsistent with Articles 40 and 150 of the Federal Constitution. 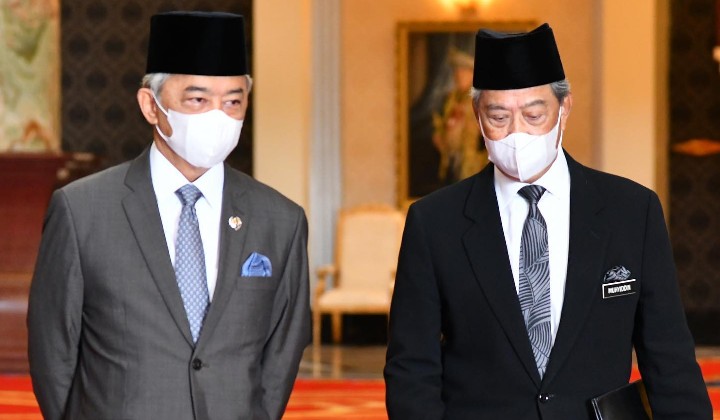 What you need to know: The summons were filed at the High Court Registry in Kuala Lumpur this morning with the government of Malaysia listed as the sole defendant.

Who said what: Plaintiff Syed Iskandar Syed Jaafar wants the court to determine whether the Agong “has an unfettered discretion not to declare an emergency despite the advice of the prime minister of the federal cabinet to the contrary”. He also wants the court to determine this through Articles 40 and 150 of the Federal Constitution. Syed Iskandar believes that the Agong declining to act on the advice of the PM is inconsistent with Articles 40 and 150 of the Federal Constitution.

This is a public interest litigation brought to vindicate the rule of law and to uphold the Federal Constitution. The court needs to determine the boundary, so that the Agong will be exercising his role fairly and uninfluenced by anyone else.

How did it get here: On Sunday, 25 October, Istana Negara released a statement outlining that the Agong found that “there is currently no need for His Majesty to declare a state of emergency in this country or any part of Malaysia.” This kickstarted a discussion on the Agong’s role as outlined in Article 40 and Article 150 of the Federal Constitution.

Article 40 outlines the need for the Agong to act in accordance with the advice of the cabinet or a minister acting on the authority of the cabinet. Article 150 specifies the power of the Agong to issue a proclamation of emergency where the security, economic life or public order in the federation, or any part thereof, is threatened.

“No Need To Declare Emergency At This Time,” Says Agong (TRP)

State Of Emergency Or Special Powers For PM, According To Reports (TRP)