He uploaded a video recently pleading for his innocence. 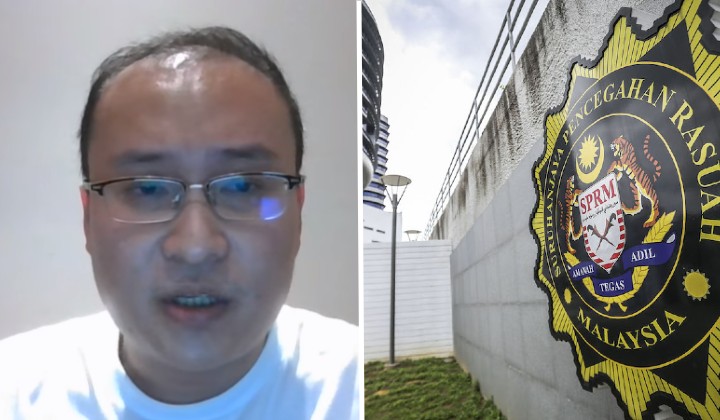 Alvin Goh, the man suspected to be involved with the Macau Scam and online gambling syndicate and infamously fled the Malaysian Anti-Corruption Commission (MACC) Putrajaya headquarters on 11 October has denied his involvement in criminal activities in a video uploaded on social media recently.

What you should know: An 8-minute, 39-second video of surfaced recently showing Alvin Goh, or Goh Leong Yeong pleading his innocence has gone viral on social media.

It’s reported by Awani that the video surfaced after Alvin was arrested by the Royal Malaysian Police (PDRM) at an apartment in Pahang, on Tuesday.

Who said what: There are several things that Alvin explained in the video, including why he fled through the back door of the Malaysian Anti-Corruption Commission (MACC) building.

He said he was never given the title of Datuk Seri, but has a telecommunications company and technology equipment at a Bukit Bintang shopping mall.

Alvin also denied his involvement with the Macau Scam syndicate.

How did it get here: Alvin said that initially, he cooperated with the Malaysian Anti-Corruption Commission (MACC) and was detained for several days.

However, he later found out that the police are going to detain him under the Crime Prevention Act 1959 on 11 October.

I know when accused under the act, it is a serious matter. After 10 days of remand at the MACC, I was tired and could not think well. After I was released, I went out through the back door of the MACC building, and a few days later I found out through the media that I was being hunted.