The people should know what the government is doing, he said. 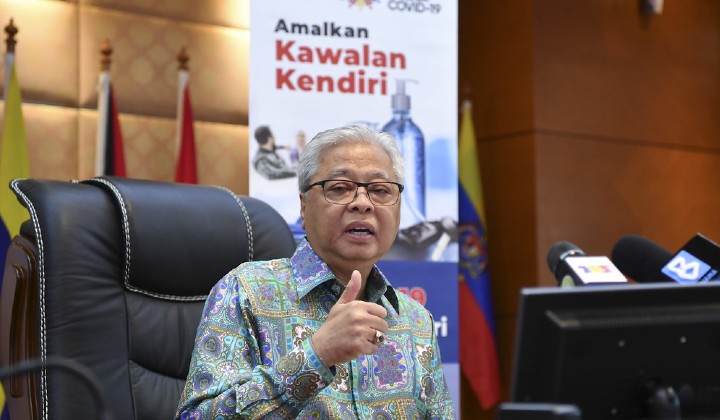 Senior Minister (Security) Datuk Seri Ismail Sabri Yaakob said allegations that the government is not doing sanitisation exercises anymore is not true as it is still on-going, even in red zones.

He said so far, the government has conducted 10,653 sanitisation exercises in 135 zones under the Ministry of Housing and Local Government since March.

The allegations that the government is not sanitising areas anymore is not true. 33 sanitisation operations have been conducted that covers 6 red zones, 11 yellow zones and 11 green zones in 11 states.

He also responded to criticisms made by Segambut MP Hannah Yeoh who said that the National Security Council should finalise SOPs before making it public to avoid confusion.

Ismail said that it’s vital for him to conduct daily briefings keep the rakyat abreast on what’s going on with the pandemic and what are the actions taken by the government to stop the virus.

People are scared when they go outside and see others who don’t abide to the SOP and it’s up to law enforcement to ensure the safety of the public. If I don’t report on what’s going on, the people would think that the government is not doing its job and acting on those who flout the SOP.

He also added that the people want to know updates about Sabah and the government’s actions to stop immigrants trying to enter the country who he said caused the current outbreak.

I also report every day on how many immigrants are caught every day to let public know that we’re curbing the spread of Covid-19. In Sabah, the current outbreak was caused by these immigrants and the public want to know what are we doing about it.