We looked through their annual performance reports. 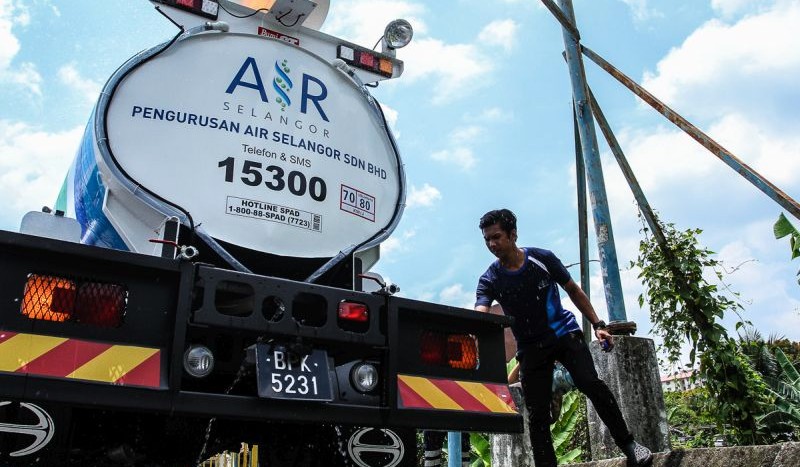 Ask any Klang Valley resident if they’ve been happy with Air Selangor’s service this year, and you’ll hear a resounding “NO.”

Just this year alone, there have been three major unscheduled water supply disruptions in the Klang Valley, all resulting from water treatment plants being shut down due to pollution in raw water sources.

This doesn’t even begin to encompass the various localised unscheduled water cuts that happened due to burst pipes throughout the year.

Which begs the question: “Who is Air Selangor, and what do they actually do?”

We took a look at their Performance Report for 2019 for some answers. Here’s what we found.

Air Selangor is a special purpose vehicle (SPV) set-up by the Selangor state government. The company was an attempt to restructure and consolidate the water industry in Selangor in order to provide the best possible water service experience to its customers.

This restructuring began in 2008 when the Selangor government gave Kumpulan Darul Ehsan Bhd (KDEB) the mandate to lead and consolidate the water industry.

KDEB acquired these five companies and was then renamed as Air Selangor.

This was officiated on 13 September 2019, by Selangor Menteri Besar Datuk Seri Amirudin Shari.

Air Selangor now operates and maintains the entire water services value chain from the reservoirs to the distribution of treated water to consumers.

Selangor MB is the chairman of Air Selangor

As of 2019, the company had 4,800 employees and 34 water treatment plants across the Klang Valley.

Air Selangor is managed by a board of directors, with the chairman being Amirudin as well. Be that as it may, the day to day management responsibilities likely fall under the purview of the CEO Suhaimi Kamaralzaman.

But what does Air Selangor do??

As most companies do, Air Selangor, too, has some yearly targets that they strive to achieve. These give some insight into some of the work they do.

According to the report, one of the targets was to reduce its yearly average of non-revenue water (NRW).

Besides that, the company also reportedly invested RM162.2 million replacing old pipes to improve water supply capacities. A total length of 111.83km of aged pipes was successfully replaced in 2019. The replacement of old pipes in the Klang Valley needs to be urgently completed as many water are over 100 years old.

As a result, only 9.6 burst pipe cases were recorded per 100km. FYI, the benchmark for this is according to the Pipe Burst Index, which averages at 13 pipe burst cases per 100km per year.

Air Selangor is also responsible for ensuring that the water supply meets quality compliance standards. In 2019, the company was 99.87% compliant to the required water quality standards.

The report also states that Air Selangor acquired a number of new raw water sources which supposedly increased its reserve margin to 10.97% in December 2019.

Evidently, this signifies the strategic efforts by the Selangor State Government to ensure continuous water supply for consumers in Selangor, Kuala Lumpur and Putrajaya.

Speaking to Edge Markets, Affin Hwang Capital analyst Loong Chee Wei said that if water infrastructure was not upgraded, the Klang Valley could face a severe water shortage in the event of a drought.

It will be more urgent to upgrade the whole water infrastructure because in Selangor, water reserve margins are almost at zero. If there is a drought, there will be a water shortage.

In June 2019, the Labohan Dagang Water Treatment Plant (WTP) was launched and handed over to Air Selangor by Amirudin as the state governments representative.

According to the report, this plant harnesses an Off-River Storage (ORS) system that allows natural settling which connects the water flow from Langat River to the pre-treatment reservoir.

Long story short, this would enable the plant to continue operating in the event of pollution to the main river.

Based on a report by The Star, as of September 2020, the plant is operating at a quarter of its full capacity, supplying 50 million litres of water daily (MLD) to users in Kuala Langat.

The plant is expected to operate at full capacity by 2022 after works to install the main pipes are completed.

In November 2019, Amirudin launched and handed over the Hybrid Off River Augmentation Storage (HORAS) 600 to them as well.

HORAS can contain 300 million litres per day (MLD) of raw water. The pond is supposed to be able to supply raw water for 100 days during drought season or whenever the water sources in Sungai Selangor are threatened by pollution.

Based on a report by the New Straits Times, during the pollution incident that occurred in March, it was the HORAS 600 that was used to dissolve the solvent-like pollutant in Sungai Selangor.

In December 2019, Air Selangor also started operating the Stream B Langat 2 Water Treatment Plant. This plant is the largest in Southeast Asia and will only be fully operational by 2023.

You can check out their full performance report for 2019, here.

Water Disruption In Petaling, KL And Hulu Langat Due To River Water Contamination