The full list will be revealed by MITI soon. 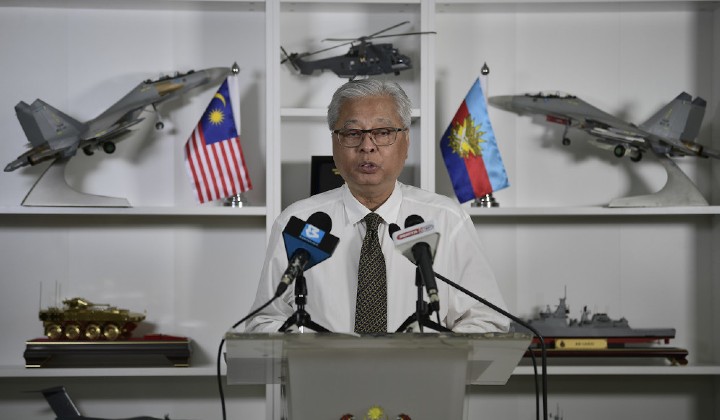 It’s a brand new day and as usual, there are brand new SOP updates as the government now wants more employees to work from home and also to only allow Friday Prayers in green zones.

The government has ordered companies to allow employees to work from home (WFH) starting 22 October to reduce the spread of Covid-19.

Senior Minister (Defense) Datuk Seri Ismail Sabri Yaakob in his daily press conference said today that the decision was made after a spike in cases involving employees.

We were notified that 9 clusters in Selangor originate from the workplace and there are cases of employees from the red zone who have to get out to go to work. MKN has decided that employees from the private and public sector on the management and supervisory levels are not required to go to the office and they can work from home.

He said the decision can help to break the chain of infection and 1 million workers will not be required to work in the offices, which includes manufacturing and industrial sectors.

This decision, he said will affect those in Kuala Lumpur, Putrajaya, Labuan, Selangor and Sabah.

It is understood that 800,000 industrial sector workers from the federal territories of Kuala Lumpur, Putrajaya and Labuan, Selangor and Sabah while 200,000 civil servants work in these areas.

He said there are other sectors where it’s not possible to work from home such as financial services, the government has decided that they will have to perform a swab test and Perkeso will bear the testing costs for its contributors.

This is to make sure that they are negative and reduce the number of cases involving employees who still have to work.

Ismail Sabri said the details and SOP will be revealed by MITI soon.

The Senior Minister also explained that employees are required to work from home throughout the CMCO period.

For example, Selangor’s and Kuala Lumpur’s CMCO period will end on 27 October which means there are 5 days from 22 October, if it ends on the 27 October, then the WFH period will end, if it extends, so does the WFH requirement.

Friday prayers only in green zones

Jais today has also come up with a new SOP in Selangor after a spike in Covid-19 cases to only allow mosques in green zones to hold prayers or weddings.

Previously, Friday prayers in mosques and surau are allowed with a maximum of 50 people with the maximum number of people in a congregation for daily prayers have also been increased to 20 people.

Maximum numbers of people allowed in mosques for prayers are subject to the size of the prayer halls with one-metre physical distancing.