1Utama was effectively closed to the public on October 11. 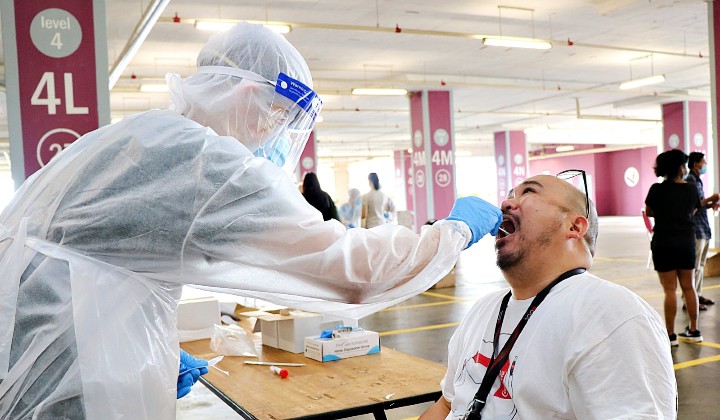 The Covid-19 outbreak at 1Utama Shopping Centre has reportedly increased to 105 cases.

According to a statement released on social media, the Petaling District Disaster Management Committee (Petaling JPBD) revealed that 73 security guards, 18 cleaners and eight tenants from the mall have been tested positive for the coronavirus.

Of the tenants, six cases were identified at the mall’s Teh Tarik Place outlet, while two other cases were confirmed at C&C Cookies and the Daiso store, respectively.

All but one of the infected patients were non-Malaysian citizens.

Earlier, it was reported that 63 positive cases were identified from the 1Utama “cluster”, with 44 of those infected individuals said to be the mall’s security guards.

However, 1Utama’s management claims that the previous tally of cases reported by the Petaling JPBD had been misleading.

1Utama said that the 44 infected guards mentioned by Petaling JPBD did not originate from the mall and instead was an isolated case involving outsourced security personnel from a third party company.

The management team explained that as of October 14, only 21 cases had been identified at the mall, while one infected person had come from the mentioned security company.

1Utama was effectively closed to the public on October 11 after its tenants were confirmed positive for Covid-19.

The mall’s management said that it had conducted mass coronavirus screenings on all of its 6,000 staff and tenants and carried out disinfection operations in its premises.