This is his first press conference as a Prime Minister. 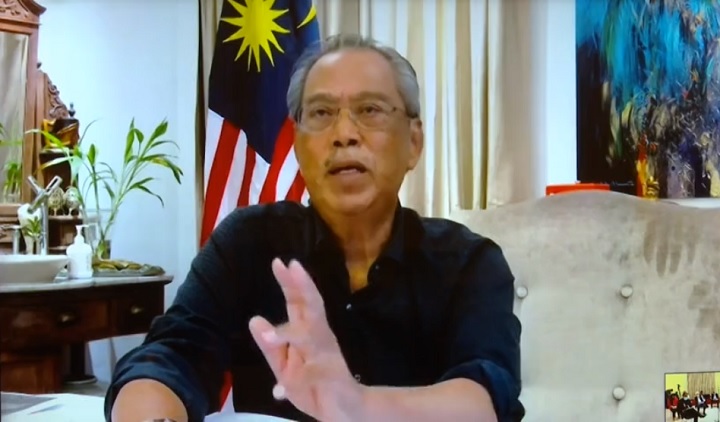 In his first press conference as a Prime Minister, Tan Sri Muhyiddin Yassin answered several questions from various media outlets on a range of current issues plaguing the country including Covid-19, the economy, politics and more.

These are some of the key issues he addressed.

Before making the drastic decision to implement the Conditional Movement Control Order (CMCO) in the Klang Valley, Muhyiddin explained that they implemented a targeted or enhanced MCO in Klang Valley and a worker’s hostel in Petaling Jaya.

However, Selangor, Kuala Lumpur and Putrajaya are highly populated areas and as such the trend of new Covid-19 cases have been on the rise.

From the data that was presented to me, the number of cases have been increasing. Even in the yellow zones, there is a surge in the number of infections.I think this is a correct move by the National Security Council to place the entire state of Selangor under CMCO.

The prime minister then explained that the CMCO is a “protective and proactive action” by the National Security Council (MKN) to curtail the pandemic in these areas.

He assured that the CMCO was to only limit social movements and that economic activities will not be affected.

We understand that there must be a proper balance between lives and livelihoods.

The delayed action after surge in Sabah’s Covid-19 numbers

According to the prime minister, the government had been monitoring the situation in Sabah “very closely” and took necessary action.

Though he admits that the state elections did cause some delayed reaction, Muhyiddin stands by the decision.

It is still not too late, we reaffirm with our position in Sabah and have deployed actions to strengthen the state’s frontliners and borders.

He is confident that a multi-dimensional approach will result in containment of the infection, citing Health Director-General Tan Sri Dr Noor Hisham Abdullah who says that Malaysia will witness a downtrend of new cases in two or three weeks.

There won’t be another MCO, but if there is aid will be given

Muhyiddin assures that a nationwide lockdown will be the last resort due to the massive hit Malaysia’s economy took during the first MCO.

If the situation spiralled out of control and a nationwide MCO is implemented, he explains that the government will likely have to spend more in aid to help the nation and implement whatever measures are necessary, including a moratorium on loans and bank payments.

He urges individuals currently struggling to make loan payments to discuss with their financial institutions on a payment plan.

There are no double standards, the “rotan” applies to all

“As far I’m concerned, there is no double standard in enforcing the laws. The law does not differentiate between ministers and the ordinary person,” said Muhyiddin.

The prime minister also revealed that the police have resubmitted the investigation papers to the Attorney-General’s Chambers (AGC) on Plantation Industries & Commodities Minister Datuk Khairuddin Aman Razali breaching his quarantine order after returning from a semi-official work trip to Turkey in July.

He also reiterated that there is no double standard in wearing of the Health Ministry’s home-quarantine “pink band” as it was a decision made by the health officials.

I am the most obedient person. If MOH had instructed me to do so I would have worn it, but that’s the impression by people that there was special treatment.