Malaysia will be the Western Pacific Region candidate for the WHO Executive Board elections next year. 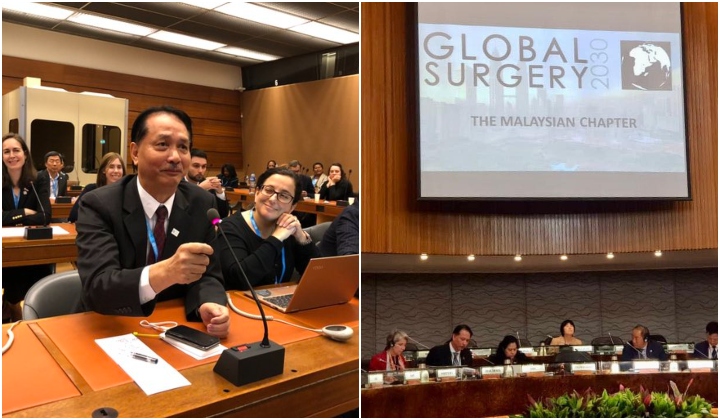 Malaysia has been accepted as the regional representative candidate on the Executive Board of the World Health Organisation (WHO), revealed Health Director-General Tan Sri Dr Noor Hisham Abdullah.

Dr Noor Hisham revealed the good news on social media, announcing that Malaysia has been endorsed as the Western Pacific Region (WPRO) representative for a three-year term, 2021-2024.

The Health Director-General thanked the WPRO member states for giving Malaysia the opportunity to represent them at the election to be held during the WHO’s 2021 assembly in May next year.

Dr Noor Hisham states that Malaysia will be focusing on safe and affordable surgery during its term on the Executive Board, especially with the Health Director-General currently the Chair of the Global Surgery Subcommittee of the International Society of Surgery (ISS).

It will be an honour for Malaysia to serve as a member at the prestigious EB, particularly because we have excelled in the field of surgery and we have shown great leadership in promoting safe and affordable surgery in the region. Truly, safe and affordable surgery is one of the most fundamental components of Universal Health Coverage (UHC). In this regard, we will leverage on my current position as the Chair of the Global Surgery Subcommittee of the International Society of Surgery (ISS).

The WHO Executive Board is composed of 34 health professionals, each one designated by a Member State elected to do so by the World Health Assembly.

It meets twice a year and mainly functions to give effect to the decisions and policies of the Health Assembly, to advise it and generally facilitate the work of WHO.

Malaysia aspires to champion the priorities and vital common issues that the region faces, by being the voice of WPRO at EB. In solidarity, we will win this battle together!

Polio Is Back, WHO Warns!

Is The WHO Wrong For Discrediting Alternative Solutions To Stop Smoking?

Sectors Reopening Because Of Economy, Not Because Its Safe, Says Health DG