Criminals are getting more aggressive as the pandemic interrupts business. 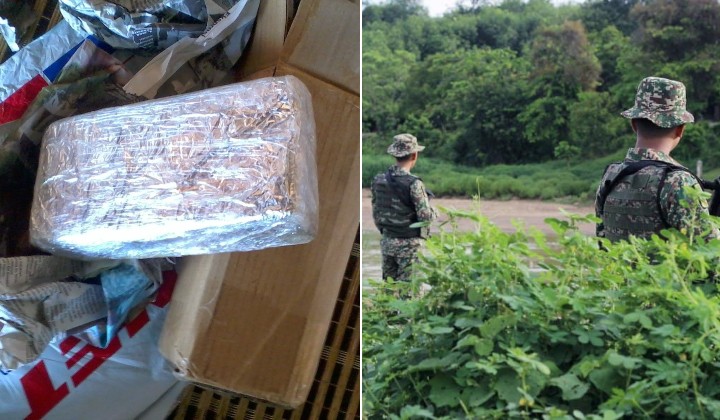 With the Covid-19 pandemic shutting down national borders, it appears that the illegal narcotics industry is arguably getting more desperate.

The Royal Malaysia Police General Operations Force (GOF) found two bricks of marijuana believed to have been tossed by drug traffickers over the Malaysia-Thailand border wall in Padang Besar, Perlis.

Officers from GOF’s 1st Northern Brigade had found 1.9 kilograms of drugs inside a box that was laying precariously next to the wall during a routine patrol early Wednesday (October 7) morning.

The narcotics are estimated to be worth some RM4,750.

Authorities conducted seven hours of surveillance at the scene in hopes of catching a lead on suspects. But no one came to collect the express delivery.

The case is now being investigated under the Dangerous Drugs Act 1952.

Malaysia had tightened control of our borders with the implementation of the Movement Control Order (MCO) in March, as a means of preventing the spread of Covid-19.

Drug-related crimes have reportedly been on the rise since the nationwide lockdowns began with police having seized RM75 million worth of narcotics in just the first few weeks of the MCO.

It’s said that drug syndicates are moving their product through e-hailing services and delivery apps, even via aerial drones to reach their customers.

Authorities also note that criminals are becoming more aggressive as their businesses get interrupted by the pandemic.

It was reported that GOF’s 3rd Northern Brigade battalion came under attack by smugglers with air rifles as they patrolled the nation’s borders.