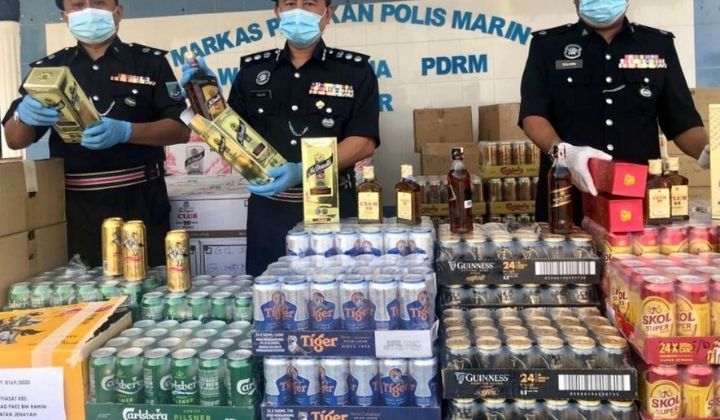 According to the Malaysian brewing industry’s estimates, contraband beer makes up 70% of the total beer volume in Sabah and Sarawak.

For Peninsular Malaysia, contraband beer is 14% of the total beer volume.

This means that the Malaysian government loses more than RM1.1 billion in annual revenue loss to the illegal alcohol trade, a figure which is part of the RM300 billion shadow economy of the country.

In view of this, the Confederation of Malaysian Brewers Berhad (CMBB) is advocating for stronger enforcement against the illicit trade. According to them, this comprises mostly of imported beer with no duties paid.

At the same time, CMBB is also recommending the government to not increase excise duties and sales tax in the upcoming Budget 2021. Not only will this fuel the demand for contraband beer, but would also harm local business recovery as well.

We urge the Government to keep excise duties on beer at existing levels as we are concerned that any increase in taxes will only fuel illicit alcohol at the expense of legal tax-paying local businesses, including sundry shops, coffee shops, restaurants, supermarkets, bars, as well as hotels. As an industry, we are committed to supporting the Government in Malaysia’s journey to recovery.

The F&B industry is severely affected by the pandemic

It’s estimated that 11,000 businesses from the food and beverage industry were affected by the pandemic and the Movement Control Order (MCO) that followed. 110,000 jobs are at risk and the industry lost about RM900 million in gross revenue.

3,800 bars and entertainment outlets are expected to remain closed till the end of the year, which translates to roughly 38,000 jobs put on hold. CMBB urges the government to consider introducing support packages to these business owners so they may survive to reopen after the MCO.