Dr April Camilla has 15 years of experience as a surgeon and is an expert in her field. 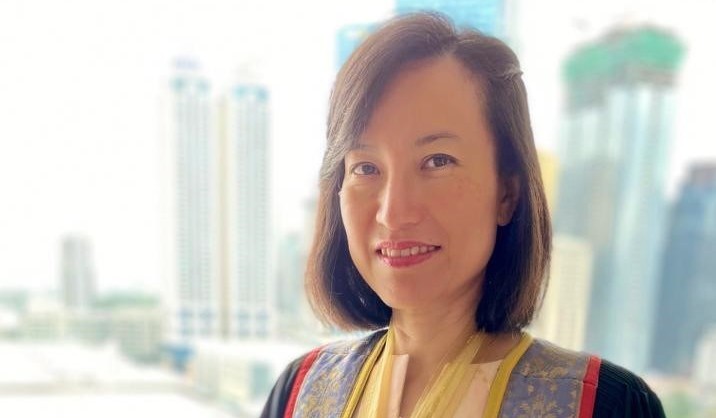 College of Surgeons, Academy of Medicine of Malaysia
https://www.facebook.com/UniversityOfMalaya/posts/10158411014955255

Receiving recognition from the American College of Surgeons (ACS) is not an easy task. This year, they’ve only awarded nine Honorary Fellowships to prominent surgeon around the world.

Yet, Universiti Malaya’s Prof Dr April Camilla Roslani has managed to bag one for herself.

Dr April is a colorectal surgeon and medical oncologist with 15 years experience and expert in her field. She is also the only female surgeon to be conferred the Honorary Fellowship from ACS yesterday during its virtual convocation ceremony.

In an interview with Malay Mail, Dr April Camilla described the award as a “huge honour” and a complete surprise.

It’s really unexpected but also a great honour for me to be given this award. It’s not something we can apply for as nominations are made by existing fellows, so I was entirely unaware that I was even being considered.

She continued to specialise in colorectal surgery after completing her subspecialty training and housemanship at the National University Hospital in Singapore.

I feel humbled to receive this on the same platform as other distinguished surgeons. It’s a recognition that the standard of medicine and surgery in Malaysia is on par with other developed countries. We should be proud as it provides us with a voice. It also gives me the ability to influence the direction of surgical care in the country and region.

Dr April is the current president of the Malaysian College of Surgeons and the head of the Department of Surgery at University Malaya.

She has also produced about 80 academic research publications.

When asked about her long-term plans by The Star, Dr April said she would be focusing on training and educating surgeons, adding that she hopes to enhance the professionalism in Malaysia’s training environment by making it more structures, objective, and outcome-based.

I want to improve the treatment of colorectal diseases, in particular colorectal cancer. It is the second most common cancer in the country after breast cancer. Due to low public awareness, many patients do not realise that it is highly treatable and preventable.

The ACS is the largest organisation of surgeons in the world, with over 82,000 members globally.