Prisons are the perfect breeding ground for infectious diseases. 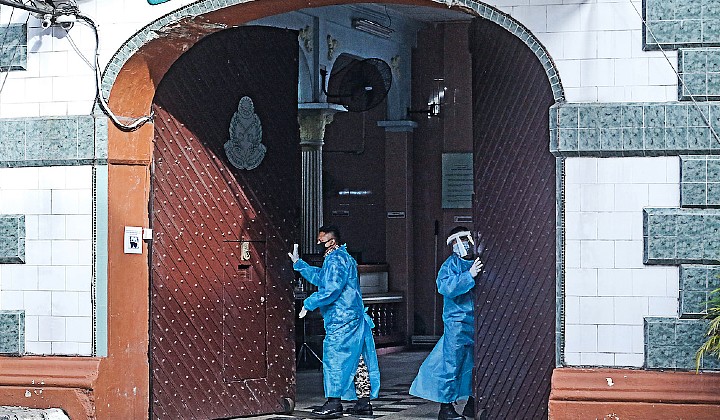 Some of Malaysia’s inmates will be getting an early release from prison to reduce overcrowding and combat the spread of Covid-19.

Minor offenders will be granted release-on-licence (ROL), which according to the Prison Act 1995, may be recalled at any time.

According to Prisons Department Director-General Datuk Seri Zulkifli Omar, 11,018 minor prisoners with less than a year of sentence time are eligible for the ROL.

The Prison Department would also be transferring some 2,800 minor drug offenders – those who were caught using – to temporary prison facilities at National Service Training Programme (PLKN) centres.

A total of 1,126 active cases have been recorded involving inmates, prison staff as well as those who had contact with them from the outside world.

Outbreaks of coronavirus have been detected at the Alor Setar Prison in Kedah and the Tawau Prison in Sabah, while the Penang Remand Prison has moved to isolated inmates and disinfected its facilities after a prisoner presumably died of Covid-19.

Cases in Kedah were identified on September 29, 2020, while transmissions in Sabah began after the prison received an infected inmate from Lahad Datu who tested positive on October 2.

The Prison Department urged the public to remain calm and said that prisons are complying with standard operating procedures (SOP) to quarantine and treat inmates.

In June, the Health Ministry (MOH) reported that 270 foreign detainees at DTI Bukit Jalil were found positive for Covid-19.

Immigration Director-General Datuk Khairul Dzaimee Daud revealed that DTIs in Peninsular Malaysia are already beyond capacity, and the department would also be moving detainees to temporary PLKN camps to prevent Covid-19 outbreaks.

Experts have determined that prisons are high-risk breeding grounds for infectious diseases such as Covid-19 due to unavoidable factors such as the lack of physical distancing and overcrowding, poor ventilation, unsanitary facilities as well as poor healthcare services.

In Malaysia, prisons are facing a serious overcrowding problem.

It was explained in 2019 that the country’s prisons, together, could only accommodate a maximum of 45,000, but was at the time holding more than 66,000 inmates.

This number has since reportedly increased to 73,000 inmates incarcerated in 50 prison facilities across the country.