They will also be given the title “Datuk Panglima” 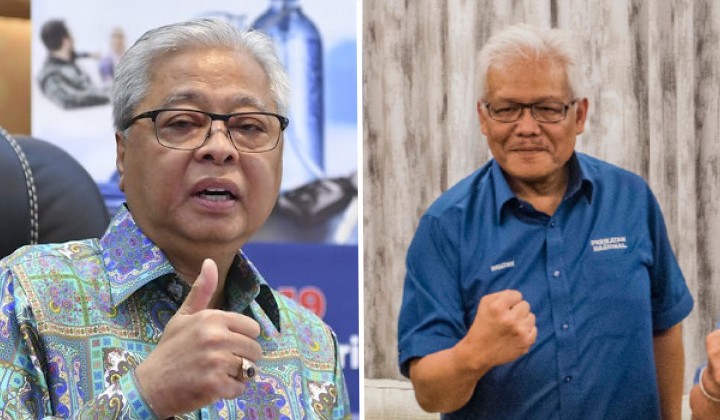 The Sabah State Palace through a statement said that they are among the 679 recipients of Sabah State Honors, Stars and Medals in conjunction with the 67th Official Birthday of the Sabah State President.

The Emblem of the Order of Seri Panglima Darjah Kinabalu (S.P.D.K.) consists of Necklaces, Stars, Sash and Badges.

Those who are awarded the Seri Panglima Darjah Kinabalu are entitled to use the title Datuk Seri Panglima regardless of whether the recipient is male or female.

The wife of a male member is called Datin Seri Panglima but if it’s the other way around, the husband can not use the title Datuk Seri Panglima.

Here’s what you get if you are awarded the title:

The necklace chain is made of gold. These necklaces have thirteen chain points connected to each other.

It has a five-pointed star badge made of gold with “SABAH MAJU JAYA” written on it and nestled in the centre of the circle is the Sabah State Emblem.

The fabric is made out of silk with colored verticle stripes with a knot at the bottom. Below this knot is the badge.

This badge is made out of gold. At the center is a circle made out of white enamel with written “SABAH MAJU JAYA” in rumi writing enclosing the Sabah State Emblem.

S.P.D.K. made of gold and shaped like a five-pointed star grinded like a lined gem. Behind the star is a five-pointed badge. In the center of the star there is an embossed circle made of white enamel engraved with the slogan “SABAH MAJU JAYA” in rumi writing enclosing the Sabah State Emblem.

We also have another article about the other types Datukships being awarded by other states if you want to check that out.