Liew served under 3 different PMs and was a strong supporter for reforms. 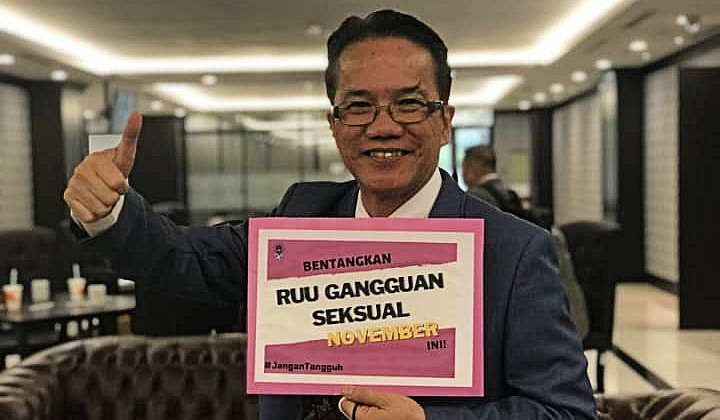 Former Law Minister and Batu Sapi Member of Parliament (MP) Datuk Liew Vui Keong, reportedly passed away from pneumonia on October 2, 2020, at the age of 60.

Born in Kota Belud, Sabah, Liew was first elected as the Sandakan MP during the 12th General Elections (GE12) in 2008, before losing his seat to Democratic Action Party (DAP) Sabah Chairman Datuk Wong Tien Fatt in 2013.

At the time, Liew was the President of the Liberal Democratic Party (LDP), which was part of the Barisan Nasional (BN) coalition, from 2006 to 2014.

Liew later left LDP with 200 other members after an internal power struggle within the party, to join the Sabah Heritage Party (Warisan) and served as its Chairman.

Liew was elected as the Batu Sapi MP after winning the state seat during GE14.

The minister had also served under 3 different prime ministers throughout his career. Liew was Deputy Minister of the International Trade and Industry, serving under Tun Abdullah Ahmad Badawi’s administration from 2008 to 2009.

He later became the Legal Affairs Minister in the Prime Minister’s Department during Datuk Seri Najib Razak’s time in power from 2009 to 2013 as well as during the Pakatan Harapan (PH) government led by Tun Dr Mahathir Mohamad.

With news of his passing the public, as well as many of his political allies and rivals, take time to mourn and honour the politician’s contributions towards the nation.

Messages of condolences and respect had even earned the politician a trending spot on Malaysian cyberspace.

Liew was credited as a strong proponent for reforms, having pushed to abolish draconian laws such as the death penalty and to decriminalise attempted suicide in Malaysia.

Extremely saddened to receive news of Datuk VK Liew’s passing. He sincerely supported prison reforms; always made time to consult and engage, especially in pursuing the abolishment of the death penalty. A kind and patient soul, gone much to soon. Our deepest, deepest condolences

A huge loss for Malaysia.

I was given the chance to lead on #UNDI18 because of him.
He has guided & advise me on many tough situations.

Visited him in hospital & he was in high-spirit to serve.

My condolences to the family.

My sincere condolences to the family of Datuk VK Liew. VK was kind and friendly to me. He was professional and courteous in Parliament, and a strong fighter for his home state of Sabah. Rest well, VK.

My heartfelt condolence to the family of Datuk VK Liew who has just passed away in Kota Kinabalu. Datuk VK Liew is the MP of Batu Sapi, Sandakan.

The MP also stood up for women’s rights and was critical of the Eastern Sabah Security Zone (Esszone) operations, commenting on its weaknesses and failures.

A fitting picture of the late Datuk VK Liew advocating for the Sexual Harassment Bill at Parliament last August. A man who not only stood for women's rights but worked hard to turn rhetoric to reality. We have lost a strong advocate & all of civil society mourns. May you RIP Sir. pic.twitter.com/geyVaYl27q