They were nice enough to help out. 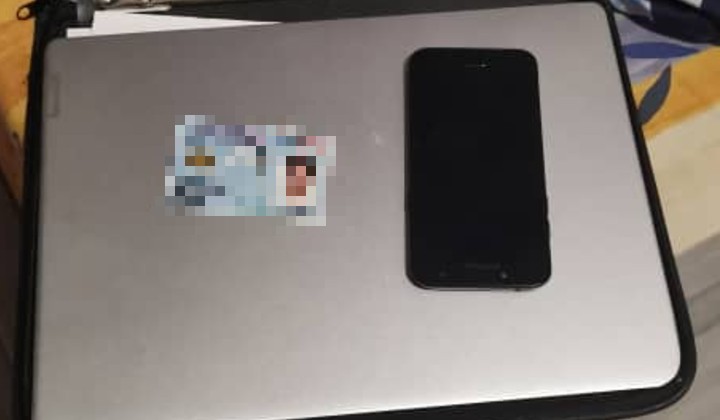 There are still good people in this world that can help you out when you least expect it.

It seemed like all was lost for Shoba Ayyamani, 37, when she misplaced her personal belongings at the LRT while commuting to the office.

Contained inside the laptop case that she carried to work was her IC, laptop and mobile phone which she thought was gone forever but fortunately, it was returned back to her, all thanks to 2 kind souls.

Her story caught the attention of netizens who were touched by the kindness of the 2 men.

Yesterday I did something stupid… I left my work laptop with phone on the lrt… Realised it as I reached office, broke down, panic attack, called Rapidkl to ask them to check etc (thread)

I did the whole thing of contacting RapidKL customer service and they could not find the train it was, nor had anyone surrendered it, but I remembered by work phone is signed up for google ‘find my phone’ and by that point it was well on its way to Kota Kemuning at that point (I work in USJ 1).

Some time later, Shoba received a telephone call from the person who had her belongings and wanted to return it back.

At first, she thought it was from a random number until she decided to pick up the phone.

He then informed me that his friend had found my items but because he didn’t speak BM, and was a foreigner, he was afraid anyone he surrendered it to (be it police or RapidKL staff) would assume he stole it and arrest him (my heart broke at this point), and he kept saying ‘kita bukan orang tipu, kita mahu pulangkan barang ni tapi kawan says tunggu saya balik kerja sebab dia tak faham BM‘ (we are not lying, we want to return these items but my friend had to wait for me to finish work because he doesn’t understand BM)

Shoba said the man, who is a foreign worker, would repeat the phrase multiple times as they feared that she might be afraid of them.

They knew I was coming alone so they offered to meet me at a mamak downstairs from their apartment so there was people around and I felt safe.

After she received her items back, Shoba offered them a reward for their kindness but they they refused.

I even tried to give them some cash reward to say thank you and they refuse to take it. They kept saying ‘kakak kita bukan orang tipu, mahu pulangkan ni sahaja‘ (We are not lying, we just want to return this back)

At the end of the day, foreign workers are also human, just like us who able to be kind to one another and help those in need.

Maybe we should also treat them a bit kinder as well, don’t you think?