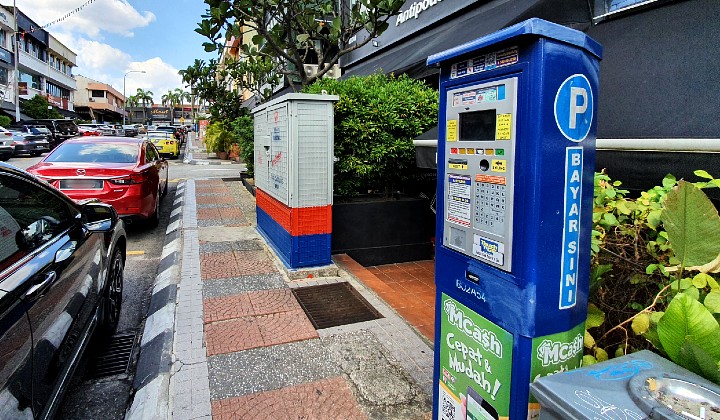 In a statement, DBKL explains that the contract for the parking machines ended on 30 September – which means that payment via coins and physical Touch ‘n Go cards are no longer viable.

From now on, payments for all street parking can now only be done via four mobile application and e-wallets:

DBKL says that there are currently works on integration planning with Boost and Touch ‘n Go eWallet, but silent on JomParking which was previously used for metered street parking spaces and city-owned parking lots regulated by DBKL.

Daily and monthly passes are also unfortunately unavailable for now as DBKL explains that this will only be available once the system upgrade is complete.

But with no specific timeline mentioned, the parking payment options for those in KL appear to be quite limited.

So it comes to no surprise that a lot of people were very, very unhappy with the news.

Comments on DBKL’s Facebook post lamented the absence of JomParking on the list, as the system had already been in use for three years and many had pre purchased credits in the app that are now essentially useless.

We would like to inform you that JomParking will be temporarily unavailable in Dewan Bandaraya Kuala Lumpur (DBKL).

We sincerely regret for any inconvenience caused and thank you for your kind understanding. pic.twitter.com/3fLZZPJ4Ew

Some also criticized the suddenness of the announcement that informed the public of the change only 24 hours prior.

The MPs, through a joint statement, said that the new system would definitely require an adjustment period as users switch from the old method to the new one.

They also highlighted that the JomPay account balance issue affects roughly 330,000 users and urged the relevant parties to resolve it either by allowing transfer of balance to other e-wallets or return it to the user.