As of 2020, there are only 34 fire stations operational in Sarawak. 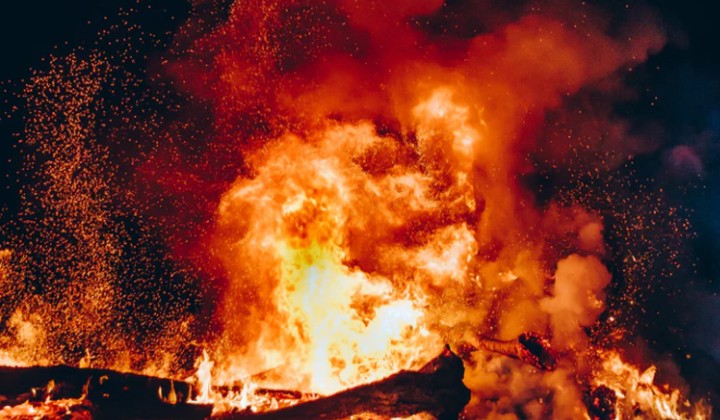 Netizens are anguished over the tragic death of a family of four who perished in a fire in Betong, Sarawak.

On September 27, 2020, it was reported that three siblings – a six, ten and 23-year-old sisters – along with their 60-year-old grandmother, died when flames engulfed their shophouse in Kampung Dit located in the small town of Debak, in the middle of the night.

It took the Betong Fire Department (Bomba) an hour to arrive at the scene after receiving reports of the blaze at around 2.47 am, only to find the fire had already been extinguished by local residents and the building completely destroyed.

Authorities explained that it took time for Bomba personnel to reach the village because of narrow road conditions and the lack of telecommunication services in the area.

The tragic story was further brought to light by Twitter user malissaali who was distressed by what she had discovered.

She along with other commenters came to question the apparent lack of infrastructure and services in some parts of the country.

this is so sad 🥺 pls pls pls, hoping there’s a change to this, wouldn’t want to see any accidents/incidents happening bcs of this reason again 😿

Meanwhile, another social media user claiming to be from Kampung Dit said that her village had experienced a power outage on the night of the fire, preventing residents from immediately contacting the authorities and having to drive all the way to the nearest Bomba station to report the emergency.

In response to the news, malissaali supposedly even wrote an email to Betong Member of Parliament (MP) Datuk Robert Lawson Chuat, voicing her concerns for the people of Sarawak and invites other Malaysians to do the same.

Her distress call managed to get the attention of Malaysian Works Minister Datuk Seri Fadillah Yusof, who tweeted that he would get more information on what had happened.

Will investigate and get further info on this matter

Earlier in August, the Betong MP had asked the Dewan Rakyat on the government’s plans to improve fire and rescue services in the district.

The question was answered by Housing and Local Government Deputy Minister Datuk Seri Ismail Abdul Muttalib who said that the government would be adding more Bomba stations and providing more equipment to firefighters and volunteers in the area.

Reportedly, there are only 34 Bomba stations in operation for the entire state of Sarawak as of 2020.

Sarawak Bomba Director Khirudin Drahman explains that the state needs another 25 stations placed in strategic and high-risk locations across the state as well as new firefighting equipment in order to quickly respond to emergencies and better provide for the people.

In order to supplement shortfalls in emergency services, Sarawak also deploys a team of Community Emergency Response Teams or CERT, such as the Voluntary Fire Brigade (PBS) and Community Fire Brigade (PBK) made up of ordinary and well trained Sarawakians.

Read more: Malaysia’s Floating Villages: The Danger Of Living On The Water