They did just have a state election and new cases recorded daily. 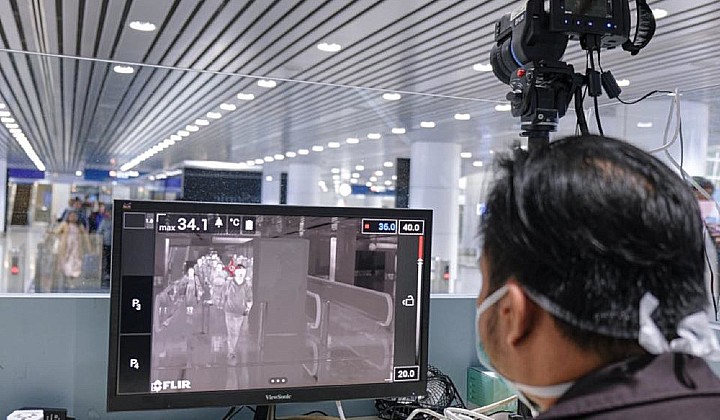 Malaysian netizens are in disagreement with the government’s decision to allow returnees from Sabah who test negative on the swab test taken upon arrival to skip the 14-day quarantine period.

Yesterday, Senior Minister (Defence) Datuk Seri Ismail Sabri Yaakob announced that those travelling from Sabah to other states across the country will not have to undergo a 14-day quarantine period if their first swab test results come back as negative.

Based on an interview by The Star, Ismail Sabri said that the results of the first swab test can be known as soon as 4 hours after the sample is taken, or can take up to a few days.

He clarified that before the results are known, those travelling from Sabah will be required to return home and self-quarantine until they get their results. If the result of their first test is negative, they will not have to undergo any mandatory quarantine period or any further tests, unless they want to.

In contrast, if their results come back positive, an ambulance will come to pick them up from their residence.

Malaysian netizens thought the decision was nonsensical, questioning why the standard operating procedure (SOP) for travellers from Sabah are different from the ones imposed on returnees from overseas countries.

Hang on. So me traveling from a country with an almost zero Covid-19 case country-wide have to pay RM2100 and undergo 14-day quarantine despite negative test, while you guys coming from a state with significantly higher numbers can walk free if tested negative?

One Twitter user highlighted how unfair it was that he had to pay for 14-day quarantine when he returned from a country with low-risk Covid-19 transmission.

Yet, those returning from Sabah, which has just had a state election and recorded new Covid-19 cases on a daily basis, are not required to undergo quarantine.

Excuse me? Incubation period is 14 days. This means they can be tested negative eg, at day 6, but be positive on day 13! And could be spreading the virus to others if they weren't quarantined!

Some also reiterated the fact that virus that causes Covid-19 has an incubation period of 14 days, which is why the 14-day long quarantine period was stressed by the Health Ministry at the beginning of the pandemic.

What is the actual procedure?

TRP interviewed a contact who returned to the Peninsular from Sabah after a weekend trip for more information.

According to our source, upon his arrival at Kuala Lumpur International Airport at 7pm on Sunday (27 September), all passengers of his flight were told to wait at a certain area of the airport after exiting the plane.

Once all passengers arrived at the area, they were told to approach the immigration counters, where, tents and temporary testing clinics were stationed.

We stood in line for about one hour waiting for swab test, after we had done the swab test (which was fast) we proceeded to wait with other flight passengers in a bay in the airport.

He said families with young children were allowed to cut the line and go through first. However, older citizens were not given the same treatment. Many people were confused on what was going on as well, as the flight management did not brief passengers on the procedure.

After taking the swab test, passengers had to wait in the bay while the passengers behind them in line went through the same procedure. Our source said he waited in the bay with about 200 other passengers.

We waited there for about 4 hours while they called passengers for about 5 at a time for individual briefing, tagging and release.

He said that after the swab test, health officials briefed him about his quarantine requirements. They also asked how he would be travelling home from the airport.

For travellers taking public transport after arrival, the medical officers would ask for details, such as vehicle registration number, name of Grab driver, etc.

I am required to quarantine at home or at a hotel (call and check first, with letter from Govt.) until my swab tests results are provided to me via a phone call. If it is negative I am required to go to a designated hospital to remove the pink quarantine tag.

According to our source, if his results are positive, the medical officer said they would give him instructions via a phone call on which hospital he would be admitted to for treatment.