Malaysia isn’t part of the Ring of Fire, but Sabah is somehow prone to earthquakes. 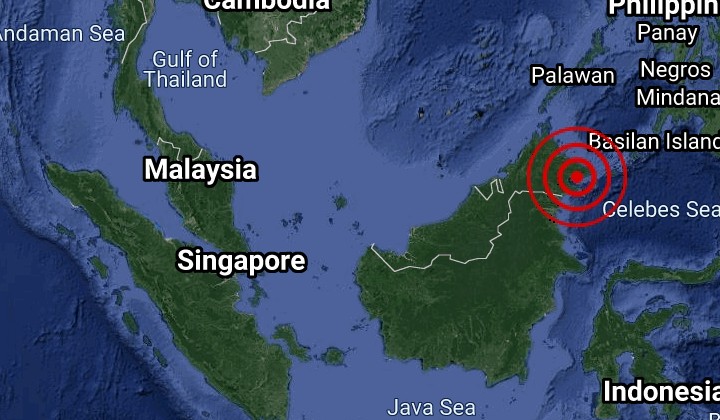 The Malaysian Meteorological Department (MetMalaysia) reported that an earthquake measuring 3.0 on the Richter scale had hit Sabah last night at 11.10 pm.

The weak quake occurred around 28km off the coast of Lahad Datu at a depth of 9km, and could be felt at Lahad Datu, Kunak dan Semporna.

MetMalaysia thankfully assured that the quake did not pose the threat of a tsunami to Malaysia.

However, this isn’t the first incidence of an earthquake in the state this month as another weak earthquake measuring 3.2 was reported at Beluran, Sabah on 16 September.

So, why does Sabah keep experiencing earthquakes even when Malaysia is not part of the Ring of Fire?

It is well known that Malaysia is shielded from the devastating seismic activities of the Ring of Fire, a string of volcanoes and earthquakes around the edges of the Pacific Ocean, but incidences of earthquakes are often reported in Sabah compared to the rest of the country.

Geologist Prof Felix Tongkul explains that Sabah is the most tectonically active area in Malaysia due to its proximity to major plate boundary faults in the Philippines and Sulawesi.

In an interview with Astro Awani, he explained that the Eurasian Plate, Philippine Plate and the Pacific Plate’s interactions subjects Sabah to some compression forces, which can result in tremors.

With the Philippine Plate and Pacific Plate moving westwards to collide with the Eurasian Plate and the southern part of the Australian plate is moving northwards, the area is subjected to quite a lot of seismic activities.