Iodine is a critical micronutrient needed for the body to function. 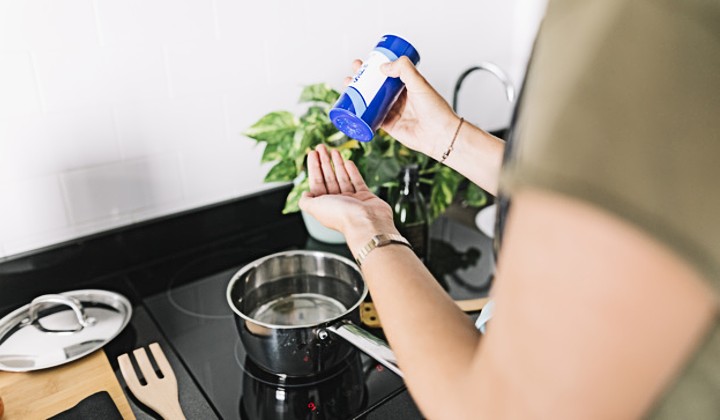 Malaysians are being placed under an iodized salt diet to tackle a nationwide micronutrient deficiency.

Starting September 30, 2020, Malaysia’s supply of edible salts will be mixed with iodine – a chemical element listed on the periodic table

According to the Health Ministry (MOH), iodine must be added to salt or fine salt – the ones we regularly use for cooking – weighing 20kgs or less, before it can be sold to consumers.

This comprehensive dietary change was made following amendments to the national Food Regulations 1985 in 2018 after it was found that Malaysians are suffering from iodine deficiency.

Studies revealed that around 48% of Malaysian children between 8 and 10-years-old lacked iodine in their diets.

Iodine deficiency, as the name suggests, comes from the lack of iodine – a critical micronutrient needed for the body to function .

Now the human body cannot produce iodine, making it an essential part of our diet and found in different kinds of foods like dairy products, and seafood.

Basically, our bodies use iodine to produce thyroid hormones necessary for our growth development and metabolism, and lack thereof could cause a person to suffer from a host of problems such as brain damage and autoimmune disease like hyperthyroidism.

Iodine deficiency can also cause the thyroid to swell and enlarge into a goiter, a condition that some 2% of Malaysian children have.

Iodine is also important for pregnant mothers as the chemical plays a key role in developing the baby’s brain and nervous system.

According to the World Health Organisation (WHO), iodine deficiency is among the main causes of cognitive impairment in children and remains a prevailing problem in 54 countries around the world.

Surveys done on Malaysia’s pregnant women and schoolchildren show that the nation’s average iodine intake is still below optimum levels.

In order to counteract this public health problem, medical experts had developed the Universal Salt Iodization (USI) program, a strategy that involves the mandatory inclusion of iodine chemicals into household salts.

The strategy has been conducted on a worldwide scale since the 1980s and it is estimated that around 66% of people globally now have access to iodized salt.

MOH explains that implementation of the USI will help mitigate the nation’s iodine deficiency problem as the ingredient is generally consumed by everyone regardless of their income level.

MOH also assured Malaysians that ionized salts won’t affect the taste and quality of our dishes, adding that we also need to watch our salt intake to avoid health problems like hypertension, a condition that affects 3 out of 10 people in Malaysia as of 2019.

Additionally, from September onwards, any manufacturer or business caught selling non-iodized salts could face legal action involving fines of up to RM10,000 or jail time.