It is the cashless century after all. 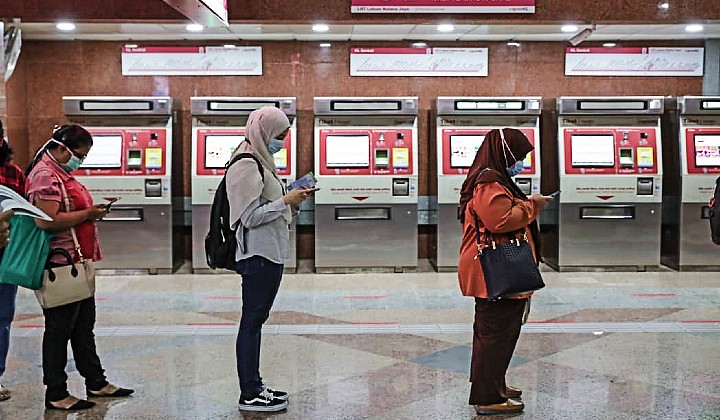 It looks like Malaysian would soon be able to pay for their LRT train rides simply by waving their ATM debit cards.

Commuters have apparently been noticing these electronic MyDebit card payment machines installed at a number of RapidKL LRT train stations across the Klang Valley.

Notably, local commuters have been asking for such cashless payment systems to be introduced on Malaysian public transportation since FOREVER.

Instead of having to queue up for a train ticket or constantly cursing yourselves for having forgotten to reload that Touch ‘n Go (TnG) or MyRapid card before a trip, commuters can soon go travel completely cashless.

Comments online also saw Malaysians being critical of the weaknesses that exist with current payment methods on public transports, particularly the TnG card and e-Wallet systems, which are revealed to be unsatisfactory.

Some LRT are using debit card to pay fare now, yet TNG still wont let us online reload our card or allow deduction from tng wallet when using mrt/lrt💀💀💀

Though the machines appeared to still be inoperational, Loywyat reports that the installed readers would probably be able to accept payments via Mastercard PayPass, Visa PayWave, and AMEX.

However, it’s unclear whether the machines would accept transactions made with credit cards or through mobile e-Wallets that one might have available on their phones.

With Malaysia still under siege of the Covid-19 pandemic, a system that would reduce human contact is truly an encouraging sight that should be made available on more modes of public transport.