The rakyat is asked to remain calm and pray. 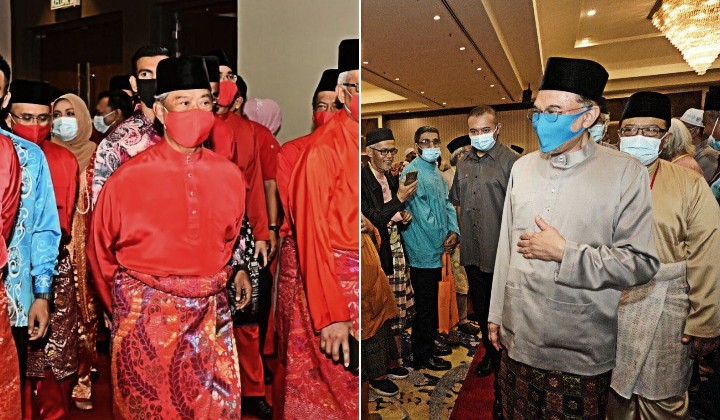 Prime Minister Tan Sri Muhyiddin Yassin says that Opposition leader Datuk Seri Anwar Ibrahim must provide solid proof in accordance to the Federal Constitution that he has a majority within the Parliament to form a new government.

In a statement released on social media, the PM writes that Anwar’s claims for premiership fall flat unless it can be made in accordance with the systems of law.

The PM said that until Anwar can confirm his support, the Perikatan Nasional (PN) government remains as the country’s ruling power with him as its legitimate leader.

Muhyiddin asks that the rakyat remain calm in advent of the situation.

Read more: Snap Polls Or Vote Of No Confidence? Here’s The Deal

The statement, signed by each party’s Secretary-General, said that Anwar’s claims were merely a cheap publicity stunt that the latter had performed many times before.

The statement notes Anwar’s recent move proves his lust for power without thinking of repercussions to the nation.

Concurrently, a statement issued by the Royal Palace reveals that the Yang di-Pertuan Agong (YDPA) Al-Sultan Abdullah Ri’ayatuddin Al-Mustafa Billah Shah was scheduled to meet with Anwar on September 22, but was postponed due to the YDPA feeling unwell.

The King is said to be currently undergoing treatment at the National Heart Institute (IJN).

His Majesty commands the rakyat to remain calm and for all parties involved to think of what’s best for the country.

Finally, the YDPA invites Malaysians to pray that the country remains protected and prosperous.