High tides were forecast to affect the area until early October. 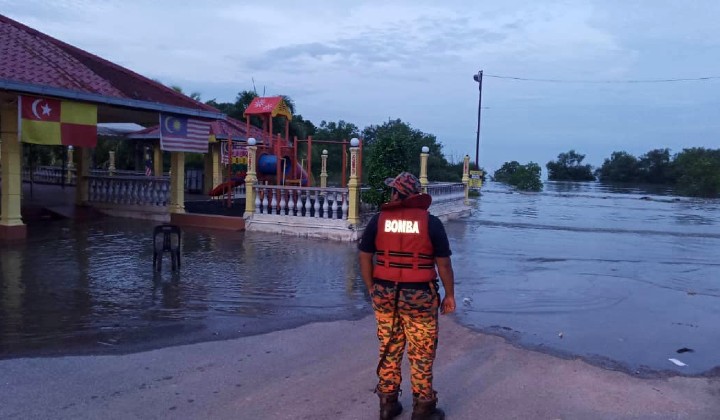 Several areas in Klang and Sabak Bernam were affected by the high tide phenomenon this morning which struck the Selangor coastal area.

The Sun Daily reported that five areas were forecast to be hit by floods due to the high tides, namely Klang, Sepang, Kuala Langat, Kuala Selangor, and Sabak Bernam.

This morning, Bernama reported that flood levels were knee-high at Pengkalan Nelayan Sungai Udang and Kampung Baru Telok Gong at 8am. Meanwhile, floodwaters had also entered a few houses nearby the fishermen’s jetty.

Three houses in the Kampung Pendamar area were flooded due to the overflow of seawater but the water began to recede gradually. Tires and fortifications built on the coast are strong and in good condition. The situation is still safe and under control.

Regardless, Ahmad Fairuz assured that the situation was still under control.

So far, no settlement areas have been affected.

MKN: Watch For High Tides In Selangor, Perak, Johor And Kedah From 2 to 5 January