The project is expected to cost RM30 million. 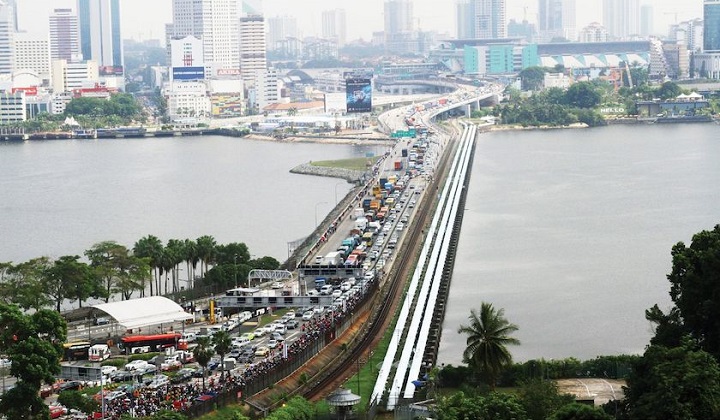 Johor wants to build a 350m long air-conditioned walkway that will stretch along its side of the Malaysia-Singapore Causeway and end at the border with Singapore.

According to Johor Public Works, infrastructure and transport Committee chairman Mohd Solihan Badri, the project is expected to cost RM30 million and the Johor state government has reportedly already asked the federal government for funding.

Initially, the amount requested earlier this year for the project was RM15 million. However, since then they have redesigned the walkway with escalators and air-conditioning. This caused the fund required to double in amount.

Mohd Solihan added that several officials from the Singapore Consulate-General in Johor Bahru have expressed their interest in the project and might extend the proposal to their own side of the Causeway.

They asked for the design of the walkway so that they can submit a proposal to their government to extend the walkway.

Though he clarified that he doesn’t know how long their walkway will be.

Before the movement control order (MCO) was implemented in March 2020, hundreds of pedestrians crossed the Malaysia-Singapore Causeway on a daily basis.

However, Mohd Solihan added that although no action has been taken by authorities, pedestrians are actually prohibited from travelling along the Causeway on foot.