In today’s episode of racism… 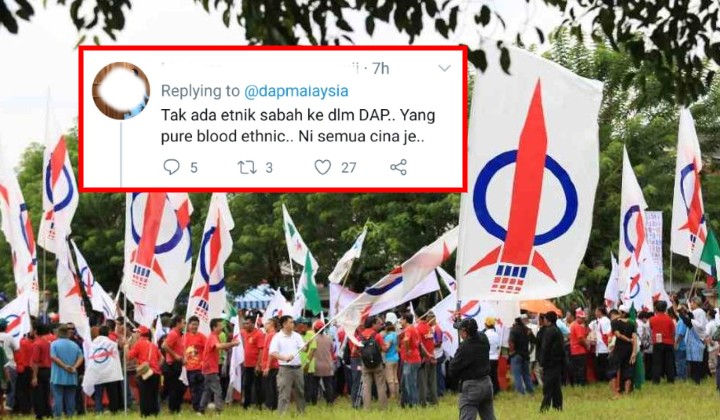 Plenty of West Malaysians were quick to point out the lack of diversity in candidates, claiming that there was a lack of Malay candidates and questioning why those selected were all of Chinese ethnicity.

In fact, some even began a baffling “pureblood” rhetoric, as if we were all wizards in Harry Potter hiding from the Muggle world.

Naturally, this drew the ire of actual East Malaysians, of whom these candidates may actually represent, and who would feel the direct impacts of their candidacy. And in an absolutely non-ironic twist of fate, these candidates were, in fact, Kadazan-Dusun.

East Malaysians, in turn, began to question why West Malaysians must always bring up the race issue, even to matters that have no relation to them. In particular, East Malaysians proudly defended the diversity they have that extends beyond the Malay-Chinese-Indian ethnicities and includes those of indigenous tribes.

I wonder if you guys ever come to Sabah? To those who only know to talk only without having ever step up in here. Pure blood ka, half blood ka, mix blood ka. It doesn’t matter in here. Jangan bawa sentimen perkauman ke Sabah. Remember, Malaysia is multiracial country.

At this point, “pureblood” ethnicities have evolved into a joke.

The only pure blood Chinese know is in this bowl. pic.twitter.com/2TTybJYKti

(The above Tweet refers to pork blood pudding in curry mee, by the way.)

Perhaps this is a good time for West Malaysians to take note of how Sabahans are truly living up to Malaysia’s multiracial name and not making everything a racial issue.