Yet another victim of climate change. 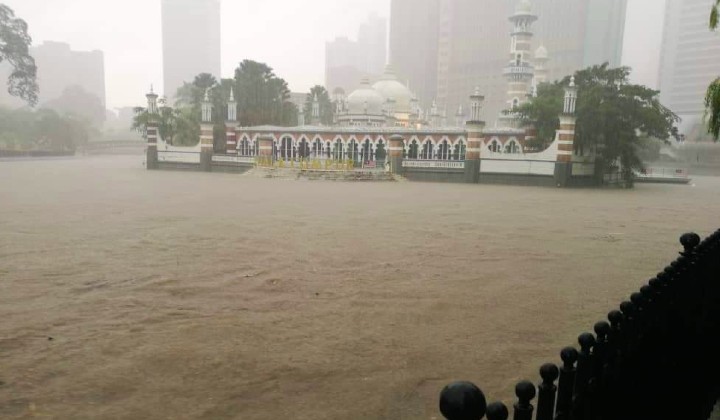 Today’s incessant rainfall has caused Kuala Lumpur to flood badly. So badly, in fact, that even Masjid Jamek has become “Pulau Jamek”, surrounded by a torrent of muddy floodwater.

Several roads in the city center were completely flooded, causing vehicles to be stranded and requiring help from the fire department to salvage.

In the meantime, most roads in the city have now become rivers, so don’t expect cars to be able to travel in the next few hours.