He wasn’t too happy with old men ganging up on a college student over a silly thing. 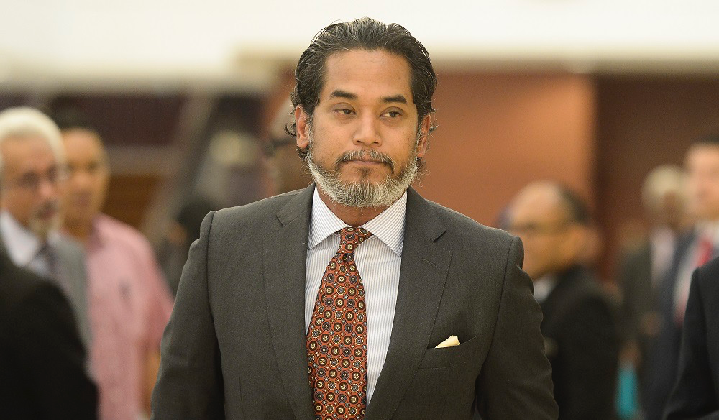 “Uncalled for, callous and silly” – are the comments from Science Technology and Innovation Minister Khairy Jamaluddin on the recent blunder made by the Deputy Communications Minister, Datuk Zahidi Zainul Abidin.

He even slammed how other politicians are handling the situation, mentioning how some of them have even banded together with the Deputy Minister instead of taking more proactive actions.

His comments were then uploaded by Melissa Goh of Channel News Asia.

Also off to Sabah ahead of nomination day is KJ. We spoke about the unfortunate episode over 18 yr old Sabahan student @veveonah & how he would like to help. The state election is already a climb for the gov’t, follies by two deputy ministers have made it all the more difficult. pic.twitter.com/P6Bfmdv0Rt

I think the remarks were uncalled for, callous and silly, it has resulted in a very embarassing episode for the government because the Deputy Minister’s concern not only made a silly mistake but they double down on their stupidness. So, its a problem.

The former Youth and Sports Minister then uploaded photos of himself and Veveonah to apologise on behalf of the government and in the post, Khairy said that the univesity student is interested to contribute in conservation projects around her kampung.

Meanwhile, the Dewan Negara has summoned Zahidi to explain the statement made on Veveonah Mosibin and issue an apology to the relevant party.

Dewan Negara Speaker Tan Sri Dr Rais Yatim also added that the Deputy Minister will be referred to the Parliament’s Rights and Privileges Committee should he fail to provide an explanation to the Senate.