Apparently, there was confusion if the new entry ban applied to Malaysians. 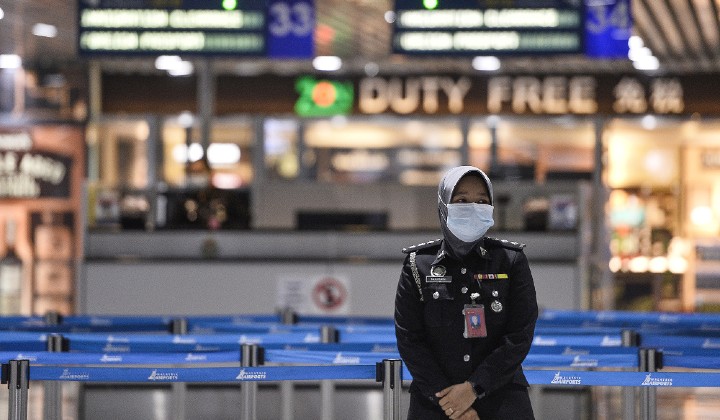 After the entry ban from 23 countries into Malaysia took effect on 7 September, confusion was abound at the Kuala Lumpur International Airport (KLIA) as many Malaysians found themselves stranded for hours with Immigration denying their entry.

What you need to know: The Star reported that around 200 Malaysians left to wait for over 10 hours at KLIA on 8 September as they claimed that there were no hotel rooms to quarantine the arrivals. The confusion seemed to stem from airline staff, airport personnel and immigration officers trying to affirm if the new entry ban ruling applied to them as well.

Who said what: Immigration officers told The Star that Malaysians with all the proper documents would be allowed entry. Malaysian lawyer and former deputy public prosecutor Samantha Chong also took to Twitter to highlight the issue and stated that no Malaysian citizen can be denied entry into the country, as enshrined in Article 9 of the Federal Constitution.

Many Malaysians are now stranded in KLIA after being denied entry by our very own @imigresenmy .

Bear in mind that no Malaysian can be excluded from Malaysia.

This is guaranteed by Article 9 of our Federal Constitution.

You do not need permission letter to come home. pic.twitter.com/CdFaLOPdtW

How did it get here: Over the National Day weekend, social media was abuzz when Malaysians departing the country shared that they were asked to sign a declaration form that they would not return as long as the MCO is in place.

Last week, Malaysia officially announced border closure to all citizens from countries with over 150,000 recorded cases of Covid-19, beginning 7 September. The ban prohibits the entry of foreign visitors regardless of visa status from 23 countries including the United Kingdom, United States, Saudi Arabia and India.

Passengers stranded in KLIA (The Star)

Malaysia Closes Borders To Countries With Over 150,000 Covid-19 Cases, Including US & Saudi Arabia (TRP)