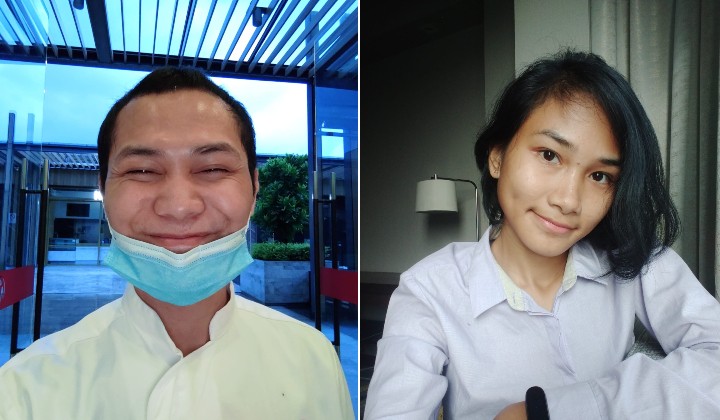 With Veveonah Mosibin choosing to shy away from social media following the controversy surrounding her viral YouTube video exposing the lack of internet connectivity in Sabah, her supposed elder brother steps forward and invites the country’s leaders to personally witness the struggles faced by people living in rural areas.

In a posting made on Facebook, Mekvin Mosibin, who is a YouTuber in his own right, came to defend his sister against accusations made by Communications and Multimedia Deputy Minister Datuk Zahidi Zainul Abidin and Kudat Member of Parliament (MP) Datuk Abdul Rahim Bakri, who made claims that the video depicting Veveonah having to camp out on top a tree in order to take her exams had all been a ruse.

Mekvin writes that his sister’s video was made with the intention of sharing a glimpse into the lives and hardships of people living in rural communities, without wanting any sympathy from others.

Voicing his disappointments, Mekvin explains that many of the people who live in these communities struggle to afford internet services, and the ones who do are still troubled with slow connectivity issues.

Mekvin also claims that there are plenty of other issues involving the lack of electricity services, clean water supply as well as the absence of proper access roads in these communities.

Mekvin issued a challenge to the country’s politicians to come down to the ground and experience life as a rakyat in these secluded areas of Malaysia.

Come down to the field when it rains YB and experience the entrance to Rosob or Kampung Bilangau Kecil, Kampung Bilangau Besar, and Kampung Dandun. Don’t use a car, use a motor kapcai. Kampung folks only use moto kapcai, they can’t afford expensive bikes or cars.

You can read Mekvin’s entire confession, below;