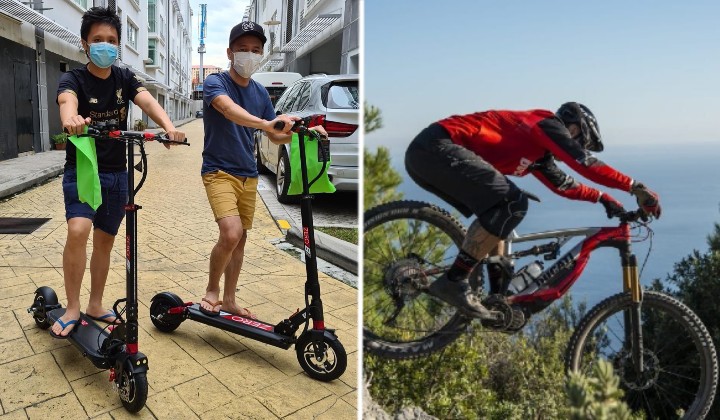 E-scooters and e-bikes fall under the category of micromobility vehicles, also known as personal mobility devices, which is currently unregulated.

In short, they are exactly what they sound like: scooters and bikes that are attached with an electronic motor so that the user does not need to manually operate the device, or which adds on to the speed generated by the user.

These devices are quickly gaining popularity as they are relatively cheap, lightweight, and eco-friendly without the use of petrol. While it was never intended to be used on motorways, there has been increasing reports of such devices on the roads, posing a risk to both the user and regular drivers.

In fact, some of these motorized vehicles are so powerful that they match the speed of usual motorcycles, clocking in at maximum speeds of over 100km/hr.

Because of this, Transport Minister Datuk Seri Wee Ka Siong has announced that there will soon be proper regulations on the use of micromobility vehicles in the country once the Road Transport (Amendment) Bill 2020 comes into effect after it is presented at the Senate later this month.

The new amendment will require mandatory registration and driving license if appropriate and will be banned from public roads.

Currently, there is no insurance protection for micromobility vehicles or valid driving license required to operate such vehicles. This means that in the event of any accidents, all parties involved will not have any kind of protection from their insurance providers for medical injuries or repair costs.

Wee notes that such vehicles pose a hazard on roads and the amendment is a preventive measure to avoid any future tragedies.