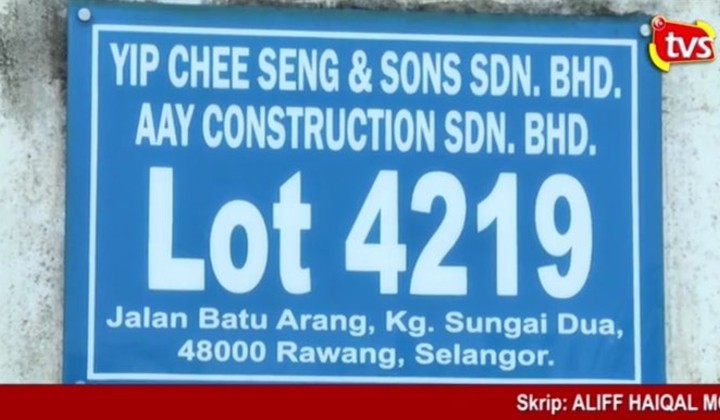 Sweet justice is (almost) served as the four owners of the Rawang factory suspected to cause the odour pollution incident that led to the massive Klang Valley water cut have been arrested.

Who said what: Selangor police chief Datuk Noor Azam Jamaludin said the four men, who were arrested during an operation carried out from 11pm until 12.30am last night, 4 September. They were picked up from their homes or detained when they reported at the Gombak district police station. The police will apply for a remand order at the Selayang Court today, 5 September, to carry out further investigations.

How did it get here:The machinery maintenance factory factory, located at the Sungai Gong Industrial Area in Rawang was revealed to be a repeat offender. It was revealed that Yip Chee Seng & Sons Sdn Bhd was actually compounded RM60,000 a few months ago by the Department of Environment (JAS).

This time, the factory was alleged to have released solvent into Sungai Gong that then led to the shutdown of four water treatment plants that disrupted water supply to nearly 1,300 areas in the Klang Valley. The factory has been seized and ordered to close.

The sudden water cut and subsequent announcement that it would take another four days to restore led to widespread outrage of social media, with many infuriated Malaysians demanding that the factory be shut down and owners face harsh punishments.

The top management of Yip Chee Seng & Sons Sdn Bhd should be imprisoned. Section 277 of the Penal Code – Fouling the water of a public spring or reservoir. 3 months in prison. It should be 12 years. #Treason #ActOfTerrorism

Yip Chee Seng & Sons Sdn. Bhd. … repeat offenders behind the pollution that led to water cuts. Why isn't the mainstream media in Malaysia talking about this company? Hold them accountable. RM58M in current assets. An RM60k fine is nothing. Throw the directors in prison. pic.twitter.com/BTGMBwKHSA

Why it matters: Sungai Gong is one of the rivers that flows into Sungai Sembah, which feeds into the Sungai Selangor where the Rantau Panjang water treatment plant is located 17 kilometres downstream.

Culprits Of Pollution Caught, But Selangoreans May Expect At Least 4 Days Of Water Cuts (TRP)