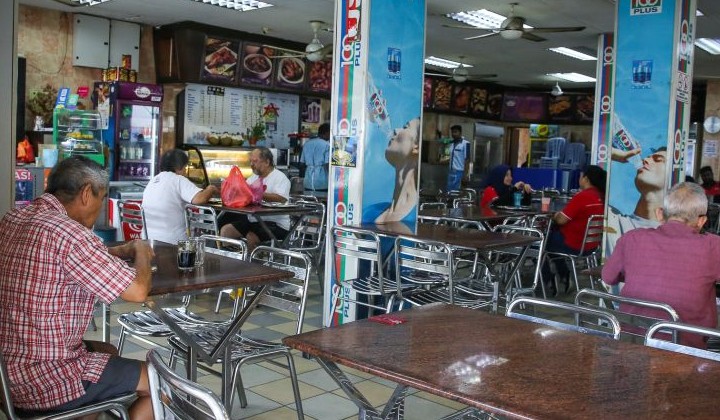 Findings from Khazanah Research Institute (KRI) has revealed that lack of time due to working conditions and rigid working schedules forces more low income households to spend a considerable portion of their expenditure eating out than at home.

In other words, out of every RM10 spent by low income households on food, the amount spent on Food Away From Home (FAFH) increased from about RM2.5 to RM3, reinforcing the growing significance in their food consumption patterns.

The research pointed out that low income households have to do this because they don’t have much time on their hands due to their working conditions and rigid working schedules.

Eating out is generally more expensive than eating at home, suggesting that the same amount of income would obtain less amount of nutrients for eating out. Low income households that have long working hours and low flexibility in their working schedules would opt to eat out as they do not have sufficient time to prepare every meal at home.

Low income households that have long working hours and low flexibility in their working schedules would opt to eat out as they do not have sufficient time to prepare every meal at home.

Expenditure on eating out becomes more of a necessity for the low income group as the time available for household production, such as cooking, reduces.

In a separate research, the research house found that 61.5% women and 48.0% men in low income households were time poor.

This is consistent with research that finds low-and medium income households eating out more to cope with high workloads and the lack of control over their working conditions. Eating out has also become more expensive in recent years, especially for low income households.

They also found that the consumer price index (CPI) for Food Away From Home (FAFH) increased faster than the CPI for Food At Home (FAH) from 2010 to 2019.

For households with income below RM3,000, the CPI for FAFH, has increased sharply from FAH’s CPI for since 2016, which indicates that the increasing cost of living for low income households is caused by changing food consumption patterns.

Hence, it is reasonable to infer that while low income households spent more on FAFH, they were purchasing less in absolute amounts, leading to the risk of malnutrition among these households.

Based on the finding, the research house has recommend for to readjust the Poverty Line Income (PLI) and include the need incorporate the costs of eating out.

Eating out is increasingly becoming a necessity for poor households. However, the new poverty line income does not account for the costs of eating out. As prices of eating out increase, this may lead to an underestimation of absolute poverty in Msia. https://t.co/D1JOM6TTSF pic.twitter.com/D3VECT6dYP

However, as other research found that the trend might have changed with the Covid-19 pandemic as more Malaysians are now opting to cook at home.