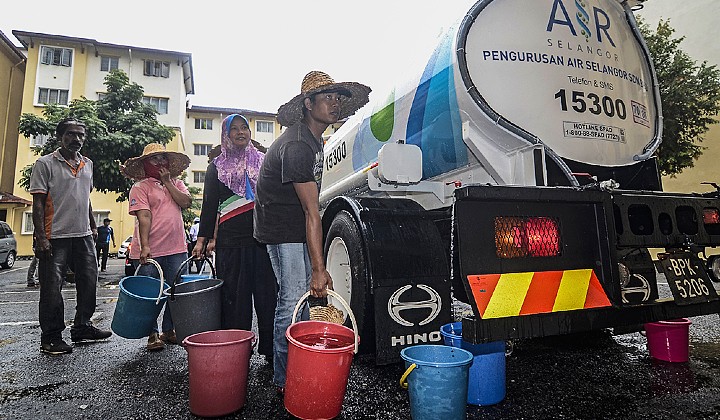 It would take at least 4 days for water supplies to return in areas affected by the unscheduled water cuts due to the pollution of Sungai Selangor.

According to Air Selangor, as of 2.30 pm, Friday (September 4), traces of contamination were still found at the Sungai Selangor and Rantau Panjang water treatment plants which were forced to shut down for more than 24 hours as authorities work to flush away pollutants.

Once (the plants) are in operation, customers will start getting their water supply in at least 4 days.

A total of 1,292 areas in Kuala Lumpur, Petaling, Klang, Shah Alam, Kuala Selangor, Hulu Selangor, Gombak, and Kuala Langat, are being affected by water disruptions that began on September 3.

Selangor Menteri Besar Datuk Seri Amirudin Shari announced that the culprits behind the pollution have been traced to a machinery maintenance facility in Rawang, the same premise that has been responsible for polluting the state’s water supply in the past.

Allegedly, the facility was said to have released solvents into Sungai Gong, 17km upstream from where the water treatment plants are located.

The facility has effectively been ordered to shut down its operations.