The proposal comes after the Health DG received the “Tan Sri” title. 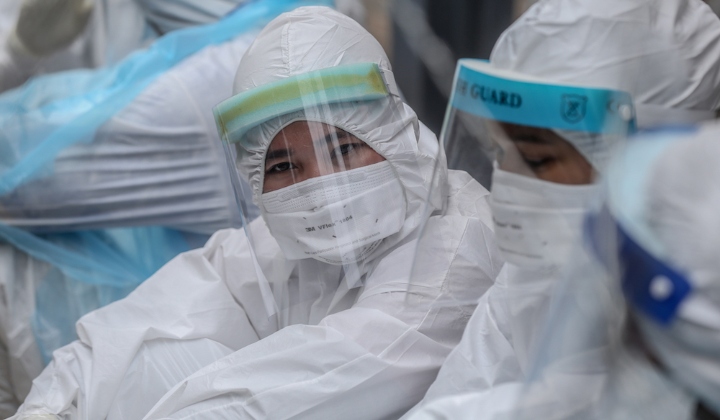 Several Dewan Negara senators have proposed that a special appreciation medal for Malaysia’s Covid-19 frontliners be created during the Parliamentary debate session on Wednesday, 2 September.

What you need to know: Dewan Negara began its second meeting of the year on 2 September, which is also its first debate session of 2020 after the one-day sitting on 18 May. During the first day of debates, the recognition and welfare of frontliners was raised by Senate members during the debate session on the motion.

Who said what: Senator Mohamad Imran Abd Hamid proposed that the government present the suggestion to create the “Covid-19 Service Courage Medal” to the Yang di-Pertuan Agong Al-Sultan Abdullah Ri’ayatuddin Al-Mustafa Billah Shah. Senator Datuk Razali Idris stated that the frontline staff are Malaysian heroes and heroines, and urged that the critical allowance for the workers be improved.

The medal will be for all frontliners or front-line staff who are struggling or at risk in the face of Covid-19, and we are aware that our (Malaysia) efforts have been recognised by the world especially the WHO (World Health Organization).

How did it get here: Malaysia’s Health Director-General Tan Sri Dr Noor Hisham Abdullah was awarded the Darjah Panglima Setia Mahkota (PSM) by the YDPA on 17 August for his services during the Covid-19 pandemic. On the same day, several Malaysian frontliners and Health Ministry personnel were bestowed titles and awards, including the Inspector-General of Police Tan Sri Abdul Hamid Bador and Attorney-General Tan Sri Idrus Harun.

However, several frontliners, especially medical personnel have voiced out on social media on delays in receiving their allowances and the poor treatment of contract medical officers.

Sg Buloh Hospital Frontliners: We Have Not Received Our Allowances Since MCO Started In March (TRP)