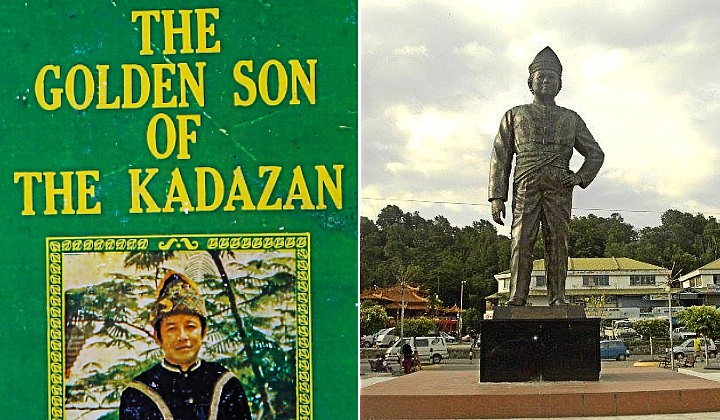 The government will review the 42-year ban on the book titled The Golden Son of the Kadazan, a biography of the late Sabahan politician and Member of Parliament (MP), Datuk Peter Joinod Mojuntin.

Written by former Bandar Hilir Assemblyperson Bernard Sta Maria, the book is a telling of the life and legacy of the ethnic Kadazan leader before he died in a plane crash in 1976, a tragedy which also took the life of the late Sabah Chief Minister Tun Mohd Fuad Stephens.

The book was published in 1978 and has been banned ever since.

Apparently, the book was subjected to a Prohibition Order under the Internal Security Act 1960 (ISA) – a law which was repealed in 2011 – because of its perceived detrimental impact on national harmony.

Besides chronicling the life of the late politician as well as having insightful cultural context to the Kadazan community, the book is also said to contain strong criticism towards the government.

For his contributions to the state, a secondary school, Sekolah Menengah Kebangsaan (SMK) Datuk Peter Mojuntin, was named in his honor, along with a statue in his image erected in Penampang, Sabah.

According to the Home Ministry, steps are being taken to study the text and examine the book from a security and legal standpoint to see if it’s suitable for public consumption.

Reportedly, in 2017, then Home Minister Datuk Seri Zahid Hamidi had concluded that the book poses no threat to Malaysia’s interest and security.

And despite the ban, much like any other censored content here in Malaysia, the book can be found on many online sources and social media channels.

Malaysia is known for its strict and arguably archaic censorship laws which prohibits the dissemination of content deemed inappropriate and damaging to the country’s class, racial and religious hegemony.

The government regularly censors or prohibits local and internationally made content like news reports, books, shows and movies, music, and all manner of digital content for containing inappropriate or sensitive material regarding sex, religion as well as supposedly harmful ideologies under a number of legislation such as the Printing Presses and Publications Act 1984 or through organizations such as the Film Censorship Board (LPF).

As of 2020, Malaysia stands at the 101st spot of the World Press Freedom index.