One of the clusters was also detected in a hospital. 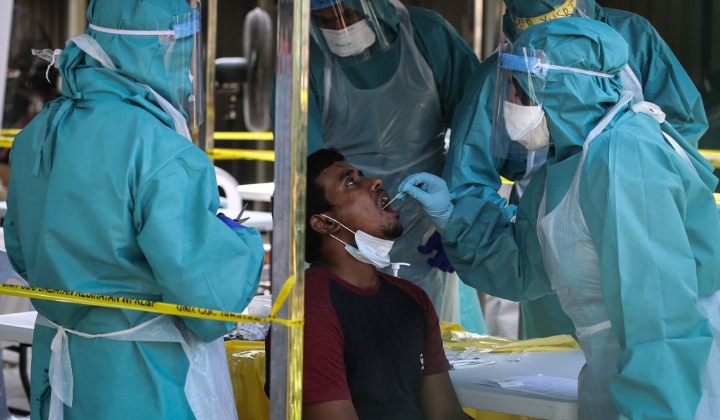 As Malaysians rested on one of the last few three-day weekends of 2020, Covid-19 clearly did not as the Health Ministry announced that three new clusters had appeared over the long weekend.

Two clusters were detected on 30 August, MV Glen Cluster and Telaga Cluster in Selangor and Kedah respectively, while Bunga Cluster in Negeri Sembilan was detected on National Day, 31 August.

Here’s what you need to know:

This cluster emerged from a ship docked in Port Klang, Selangor when a crewmember (Case 9,286) tested positive for Covid-19 on 25 August.

Subsequent screening of the entire ship’s crew until 30 August revealed another Covid-19 positive patient aboard.

The second patient in this cluster is a Malaysian who was an agent appointed by the shipping company. Six other individuals who were close contacts of the two have tested negative so far.

According to the Health Ministry, active case detection and screening of close contacts are still ongoing while they investigate the source of the infection.

Sanitisation and disinfection activities have been carried out on the ship in question.

This cluster was detected when hospital staff (Case 9,284) in Hospital Sultanah Bahiyah, Kedah came tested positive for the coronavirus on 24 August.

Subsequent screening of close contacts revealed another hospital staff (Case 9,334) to be positive (Case 9,334) on 30 August.

However, the two hospital staff members are not involved in the treatment of Covid-19 patients.

On 31 August, another close contact tested positive – bringing the total cases in Telaga Cluster to 5 infections.

The Health Ministry assures that the operation of Hospital Sultanah Bahiyah is not affected and sanitisation and disinfection has been carried out.

Active case detection is currently ongoing as the ministry investigates the source of the infection.

We’re still investigating the source, but there’s a high probability that it is from community infections.

This new cluster involves cremembers of a ship at Port Dickson in Negeri Sembilan, but the Health Minister assures that this is an isolated cluster.

The ship involved has a travelling history from Singapore’s port, with 34 crew members on duty.

All of the ship’s crew have been tested for the virus, and four tests have come back positive while pending the results of 24 tests.

The four infected patients have no symptoms and have been admitted to Sungai Buloh Hospital.

There is no risk of a community infection because this is an imported cluster isolated to a ship.

The ship in question has been sanitised and disinfected.