An animal welfare group is offering RM5,000 reward for information on the cruel incident. 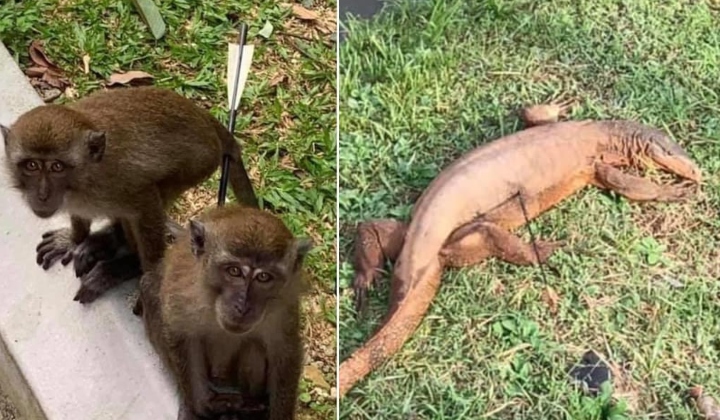 Malaysia Animal Association shared on Facebook that a monkey has been seriously injured with an arrow piercing its tail while a monitor lizard has been shot dead with an arrow buried in its side.

In a bid to bring the cruel archer to justice, the animal welfare group is offering a handsome RM5,000 reward to anyone who can provide complete information on the person responsible for the heartless act.

Malaysia Animal Association guarantees that the informant will be kept anonymous for their own safety.

The police are also involved with Bernama stating that a police report has been made on 24 August by an employee of the National Landscape Department.

Animal abusers found guilty under this law can face a maximum of three years jail time, or hefty fines between RM20,000 to RM100,000.

Anyone with helpful information can reach out to either of the following contacts: