He is the first East Malaysian to become Chief Justice of Malaysia. 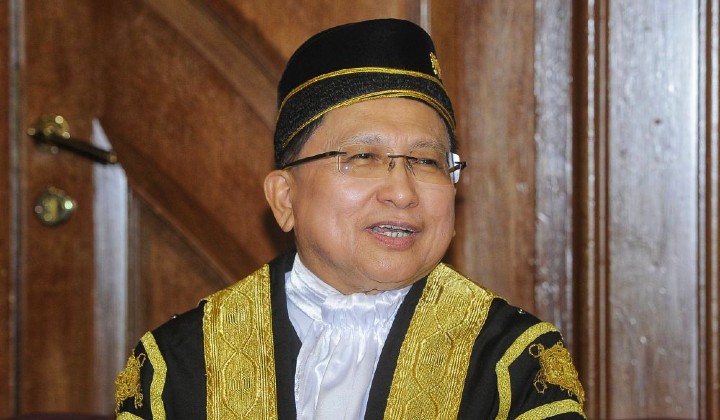 Recently, the Malaysia First civil rights group questioned why former Chief Justice Tan Sri Richard Malanjum was not conferred the nation’s honour award that would qualify him to carry the title of Tun.

If you know nothing about Richard (like us), you wouldn’t understand why this was even an issue. However, Richard is probably the most impressive chief justice Malaysia has ever had.

The Kadazandusun native from Tuaran, Sabah was Malaysia’s first East Malaysian chief justice and his tenure was the shortest ever in the country’s history at just 276 days. But the Sabahan ensured that his nine-month stint was packed with much-needed reforms.

Yet, he is the only chief justice yet to receive the title that all his peninsula-based predecessors have been given.

Let’s take a look at the highlight reel of this impressive judge’s 27-year career.

To all my fellow judges, give your best, expect nothing! As for me, I will continue to help the unfortunate and marginalised in whatever way possible.

1. The First Of Many

Before becoming Chief Justice of Malaysia, Richard has held positions as a judge in the High Court, Court of Appeal, Federal Court and Chief Judge of Sabah and Sarawak.

These appointments made him not only the first Sabah native to be appointed judge in all four positions, but he also became the youngest-ever judge in the Federal Court during his appointment. Richard was 52-years-old when we became Federal Court judge.

He made history again when he became the first East Malaysian to be appointed as Chief Justice, just nine months shy of him reaching his constitutional age limit.

His mobile courts initiative, introduced in 2007, allowed people in rural areas access to legal services and helped resolve 87,345 birth certification cases in the two states by 2018.

FYI, instead of spending huge sums of money to build courtrooms, the mobile court initiative had court officials and staff conducting business at any available space in the village, such as the community halls, schools and even modified buses.

During his stint as chief justice, Richard made a tonne of important reforms, including changing the Malaysian judiciary system so that the top four judges of the country make joint decisions on the running of the judiciary, instead of making decisions top-down.

He also introduced an automated system that randomly chooses judges to form panels at the Federal Court, especially for high-profile court cases. This ensured that judges or coram fixing (the practice of ensuring a case is heard before a sympathetic judge) is avoided.

His e-review system allowed lawyers to do their case management online instead of having to travel to the courts and be physically present. Case management usually only takes a few minutes for lawyers to get hearing dates or update the court on pre-trial matter.

Richard also introduced the Queue Management System at the Palace of Justice. This system showed real-time updates on cases being heard in courtrooms. It allowed lawyers and members of the public who were waiting for their cases to be heard to wait for their turn from strategic places in the building, such as at the cafeteria.

These changes saved lawyers and members of the public a lot of time and money.

While Richard’s appointment as Chief Justice was groundbreaking in its own right, it’s obvious that his contributions to the Malaysian judicial system are even more impressive.

We too hope Richard will soon get the recognition he deserves.