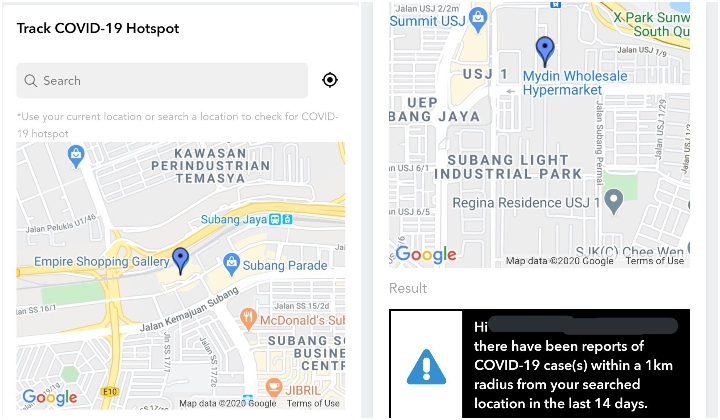 The viral message on Twitter advising the public to avoid certain areas in Subang Jaya due to them being Covid-19 hotspots is untrue.

What you need to know: Speaking to the New Straits Times, a spokesman from the Subang Jaya district police said the information claimed in the viral message was false, including that two people from the area have tested positive for Covid-19 and that the areas are now off-limits to the public.

Why it matters: Information on the MySejahtera app was used to propagate fake news and when asked, the authorities didn’t acknowledge or explain the information found on their own app. This resulted in members of the public becoming weary of the platform.

CodeBlue Editor-In-Chief Boo Su-Lyn highlighted that the MySejahtera app doesn’t reveal specific information to protect affected businesses and individuals, adding that when authorities don’t acknowledge the information given, this leads to confusion among members of the public.

Who said what: The Health Ministry also tweeted on their account clarifying that the MySejahtera app hotspot feature can only detect hotspot within a 1km radius, adding that it does not reveal the number of cases in the area or which specific premises are affected.

How it got here: The tweet posted by a Twitter account holder bearing the name PJ claimed there are two individuals who had contracted Covid-19 in the areas mentioned and “advised” those in Subang Jaya to check their MySejahtera app hotspot feature.

Twitter users who checked the hotspot feature on their MySejahtera app were even more confused to see the mentioned areas highlighted in the app.

The Twitter user who shared the information has since come forth and explained that he too was confused by information found on the MySejahtera app.