This mural artist aint about to give up! 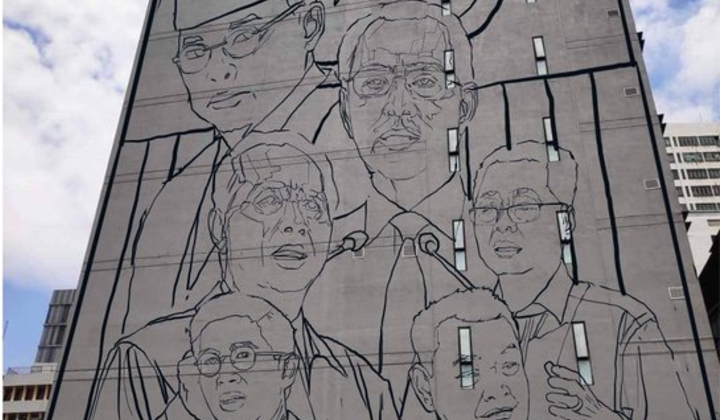 Mural artist Suhaimi Ali is back with another art piece, this time spanning a few stories high.

Suhaimi tweeted a photo of the work in progress where he cheekily said that those who want to vandalise his latest work would require a skylift.

His previous work, the mural at Taman Cahaya Alam, Seksyen U12 in Shah Alam, which featured well-known figures was vandalised a few weeks after it was displayed to the public.

Suhaimi then made another one at Seksyen 4, Kota Damansara, focusing on frontliners such as nurses and policemen shortly after his work in Shah Alam was desecrated.