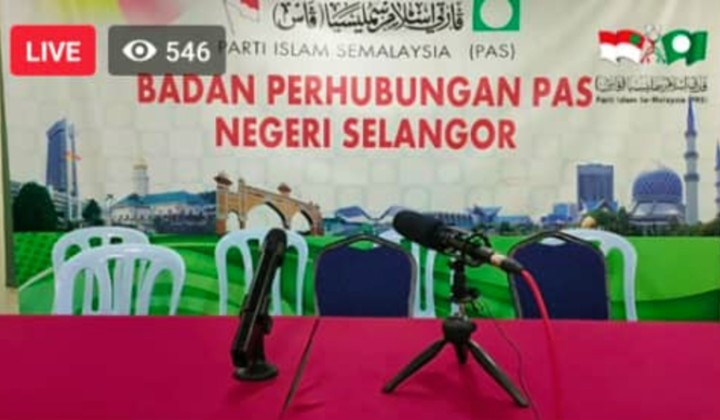 Facebook users must have been entirely confused while waiting for PAS to begin their Facebook Live event yesterday, which featured just some empty chairs and microphones sitting idly for 52-minutes straight.

It turned out that the Selangor division of PAS had actually called off their event to announce the alleged defection of a state Amanah leader. Despite that, somehow the live-stream still happened and ended up showing nothing but empty chairs.

According to a report by Malaysiakini, the live feed had been scheduled to start at 10am, but only started broadcasting close to 10.30am. The video also attracted over 10,000 views and almost 400 shares.

After 52 minutes of basically nothing, the live stream was finally stopped. Shortly after, a statement was posted saying the event had to be postponed.

Due to unavoidable circumstances, the event for a former Amanah activist to submit a PAS membership form this morning has to be postponed. However, Selangor PAS welcomes any intent by any (Amanah) party members who wish to join or return to PAS.

Selangor PAS had been highly publicising their Facebook life event, with Selangor PAS chief Ahmad Yunus Hairi saying that the Amanah defector was not an assemblyperson, but a “state party leader”.