Proponents of Malaysia’s anti-child marriage laws have been trying to increase the legal marriage age from 16 to 18. 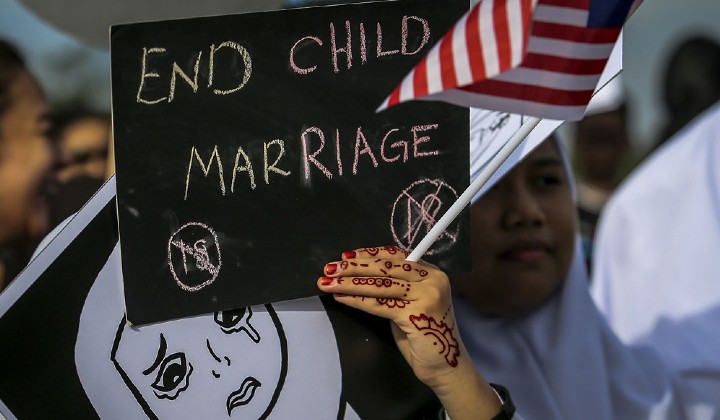 There were a total of 1,856 underage marriages recorded across Malaysia in just one year.

The Women, Family and Community Development Ministry (KPWKM) revealed that some 1,542 Muslim and another 314 non-Muslim boys and girls were married off in 2018.

Girls make up the majority of underage marriages in the country, with 1,372 cases having involved Muslims and 293 non-Muslim youths.

Child marriages are highest in the state of Sabah with over 200 reported incidents of underaged marriage among Muslims and 10 cases involving non-Muslims.

Previously, the Pakatan Harapan government had tried to amend and strengthen child protection laws in Malaysia to ban the practice of underaged marriage. This was however put to a stop when 7 State Governments had rejected the idea.

The current government, reportedly, is trying to bring new life into the anti-child marriage laws.