“I have no reason to betray the party I founded.” 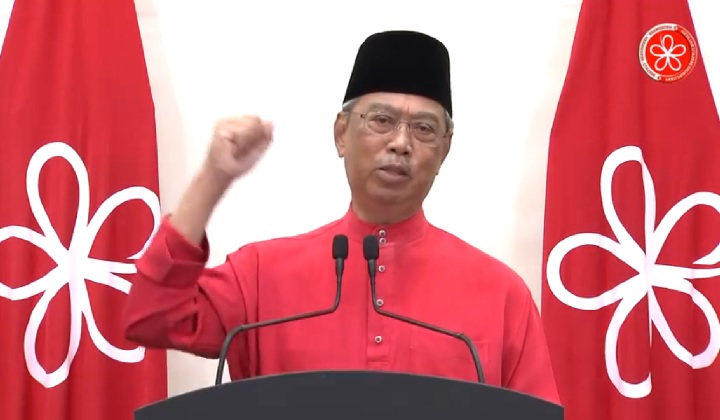 BERSATU president Tan Sri Muhyiddin Yassin, in an address to party members that was published on Facebook, said they would be joining the UMNO and PAS-led Muafakat Nasional coalition.

Muhyiddin, who is also the Prime Minister, said this move would create political stability in the country, to the benefit of all people.

As for the split with former party chairman, Tun Dr Mahathir Mohamad who has gone off to form another party called PEJUANG, Muhyiddin said he respects the elder statesman and wishes him well.

Earlier in his speech, probably in response to accusations by former party members, Muhyiddin said that there was also no reason for him to betray the party he founded.

At the same time, BERSATU today took out full page advertisements in newspapers listing 282 party members who have been expelled from the party.

Also on the list is Akhramsyah Muammar Ubaidah Sanusi who is one of the seven founding members of BERSATU.

With Akhramsyah’s removal from the party, Muhyiddin is the sole founding member left in the party.