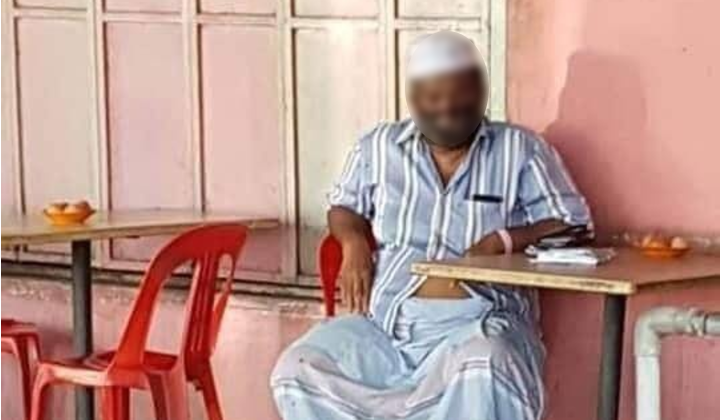 The nasi kandar restaurant owner linked to the Sivagangga cluster has been jailed for five months and fined RM12,000.

The cluster is believed to have stemmed from the restauranteur, Nezar Mohamed Sabur Batcha – an Indian national with a permanent resident status – who breached his mandatory quarantine order after returning from Sivagangga, India on 13 July and is believed the .

He was arrested by the police on 23 July for violating quarantine orders after images of the man casually hanging out at his restaurant, Nasi Kandar Salleh while wearing the pink band went viral on social media.

The shop has been ordered to cease operations by authorities.

Nezar is charged under Section 15 (1) of the Prevention and Control of Infectious Diseases Act 1988, which upon conviction is punishable by imprisonment not exceeding two years and a fine, or both.

According to the first and second charges, the accused allegedly breached his quarantine order by visiting Bank Rakyat Jitra at 4.40 pm and Agro Bank Jitra at 3.58 pm, 14 July.

For the third and fourth charges, Nezar was found at the Kubang Pasu Revenue Service Center at 3.35 pm and at Public Bank Jitra at 3 pm, on the same date.

Magistrate Mohd Hadi Hakimi Harun later found the accused guilty of all charges and Nezar was sentenced to a fine of RM3,000 and five months jail for each offense to be carried out simultaneously.

The cluster has affected multiple states up north with at least 45 cases recorded by the Ministry of Health.

His blatant disregard towards public health has also prompted many associations, NGOs, including the Consumer Association of Kedah (CAKE) wanting to sue Nezar for his actions.