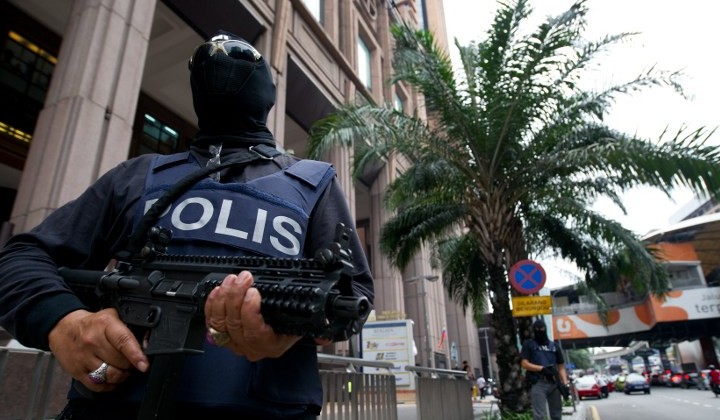 The Recovery Movement Control Order (RMCO) doesn’t seem to hamper criminal activities as the police had to fire a few rounds at a vehicle in an attempt to arrest a man suspected of distributing drugs on Jalan Sentul last night.

Acting on a tip-off, the police initially asked the suspect, a 38-year-old man, to step out of his vehicle before the he stepped on the gas and rammed an unmarked police car while trying to reverse his Proton Saga.

Then, in a scene straight out of a Hollywood action movie, the police shot several rounds at the vehicle in an attempt to stop the escape.

Police fired several rounds of shots at the rear right-hand tyre and front tyre but the suspect still tried to flee by driving up the curb. Police then shot the left front tyre and the car came to a stop. Police immediately arrested the suspect.

Upon searching the vehicle, the police found 450 grammes of heroin and 151 grammes of syabu under the front passenger and driver seats of the car.

It was reported that the man already had five previous drug-related crimes and also tested positive for methamphetamines and amphetamines.

KJ Says Cannabis Is Actually Legal In Malaysia, And Everyone Loses Their Minds