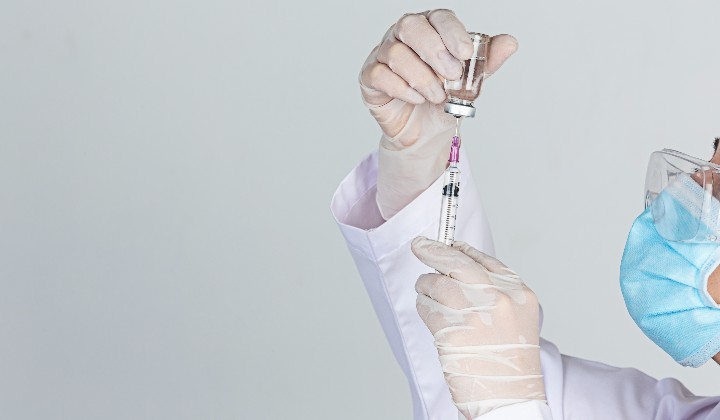 Russia claims that it has developed the world’s 1st Covid-19 vaccine and approved it for public use after just 2 months of clinical trials.

The Sputnik-V vaccine, named after the world’s first satellite launched by the Soviet Union, developed by Moscow’s Gamaleya Institute, is said to be effective and provides “stable immunity” from the coronavirus.

Russian President Vladimir Putin even claimed that one of his 2 daughters had taken part in the experiment to test the vaccine and was inoculated with Sputnik-V.

Putin said that 2 separate injections were provided which caused his daughter to develop a brief fever before feeling “normal” again.

Apparently, Russia plans to push the vaccine for public use in October 2020, and it’s said that several countries as well as private pharmaceutical companies have shown interest in Sputnik-V.

However, the international medical community remains skeptical of the safety and effectiveness of Russia’s vaccine.

Reportedly, Sputnik-V was developed without following established guidelines with Russia failing to provide any scientific data on its testing.

Clinical trials are essential research to study and evaluate the effects of medical treatments on human health and are conducted carefully, usually over an extensive period.

The World Health Organization (WHO) outlines 4 phases of the clinical trial process according to international standards;

According to WHO, currently, there are 6 different Covid-19 vaccines that have entered Phase 3 of trials with no guarantees that they would work, and Russia has reportedly skipped the step in trials for Sputnik-V before approving it.

Globally, there are over 100 vaccines for Covid-19 in early development with experts being quoted as saying that a viable one might take years, even decades to be successfully produced and distributed.

Read more: It Might Be Compulsory For Malaysians To Take Covid-19 Vaccine Once It’s Found

Source: Putin says Russia has approved 'world first' Covid-19 vaccine. But questions over its safety remain Coronavirus: Putin says vaccine has been approved for use Scientists ask: Without trial data, how can we trust Russia's COVID vaccine? Clinical trials Muhyiddin: “Once Available, Asean Must Ensure Covid-19 Vaccine Affordable, Accessible To All” Malaysian Researcher Is Helping To Create Covid-19 Antibody Test It Might Be Compulsory For Malaysians To Take Covid-19 Vaccine Once It’s Found The World Might Have To Just Live With Covid-19 Forever, Even With A Vaccine World Would Only Return To Normal Once Covid-19 Vaccine Is Found, Says UN Covid-19 Vaccine Human Trials Might Begin In Singapore Sometime This Week Covid-19 Vaccine: US Biotech Company Moderna Entering Final Stages Of Human Trials On 27 July
Tags
clinical trials covid-19 pandemic russia testing TheGist vaccine