The campaign also called on Malaysians to “make a stand against the politically motivated abuse of power”. 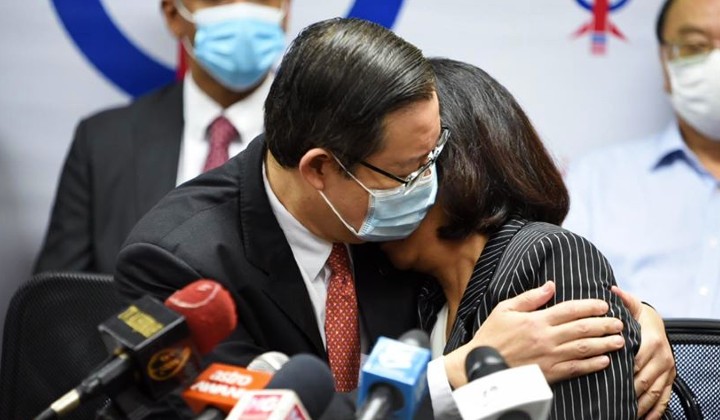 Over RM2.9 million was raised by Malaysian donating to bail Lim Guan Eng and his wife who are each facing 3 charges related to corruption.

What you need to know: The Court has set the bail for Lim Guan Eng at RM1 million and his wife Betty Chew at RM50,000.

The funds were collected through the RM10-per-person “Solidarity with Lim Guan Eng” campaign, which started on 8 August. By 12pm on 11 August, just 3 days later, they have collected a total of RM2.9 million.

Lim Guan Eng was charged with abuse of power and bribery in relation to Penang’s RM6.3 billion undersea tunnel and main roads project. His wife Betty Chew was also charged with 3 separate counts of money laundering.

Who said what: In a statement, Lim Guan Eng expressed his gratitude to Malaysians who showed their support. However, he also notes his anger in relation to the charges against his wife, who possesses no items of luxury, in what he is labeling as clear politically motivated act. He also states that the Malaysian Anti-Corruption Commission (MACC) did not find any evidence of corruption in their investigations.

Why it matters: The campaign is protesting the political persecution carried out against Guan Eng and his wife, and called upon Malaysians to make a stand against the “blatant abuse of power by the Perikatan Nasional government”.